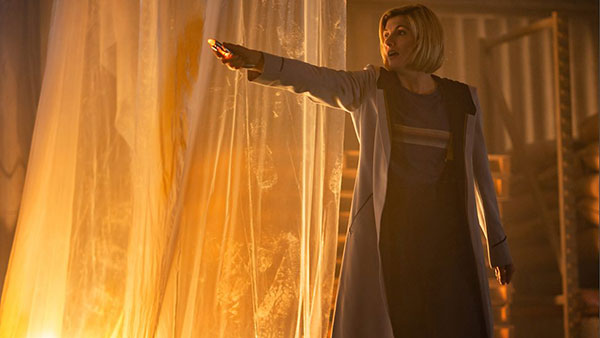 It’s a new year — and the last “new” bit of Doctor Who we’ll see for a while! As always, spoilers lie within.

Now, just in case you have landed here before seeing the New Year’s Day special, I’ll drop in a quick spoiler space video so you can back out gracefully. Hmm… what would be appropriate…? As it’s a brand new day of a brand new year, why don’t we all sing along with the Doctor?

I enjoyed that… quite a lot more than most Dalek stories in recent memory, in fact. It made the Daleks considerably more threatening simply because ONE single Dalek was enough of a threat to the planet. You really don’t need a million of them!

Of course, this also means I have to update my list of “best to worst” episodes this season. Yeah, I count this as part of the season. It’s certainly not part of what we’ll see in 2020!

As always, opinions are my own and yours may differ. Feel free to discuss below, and all that.

And now, onto… a whole lot of waiting! The next season won’t appear until 2020, and I’m taking the pessimistic-but-probably-accurate view that the BBC won’t broadcast in January 2020, so we’ve probably got a long wait on our hands.

As I’ve previously noted, I’m going to start re-watching and reviewing the “new-but-now-old” episodes of new Who, starting all the way back at Rose… but that won’t start for another couple of weeks for personal scheduling reasons. Check back soon!

1 thought on “Thoughts on Doctor Who Resolution”