Posted in Opinion
Author: Alex  Published Date: November 26, 2018  1 Comment on Thoughts on Doctor Who The Witchfinders 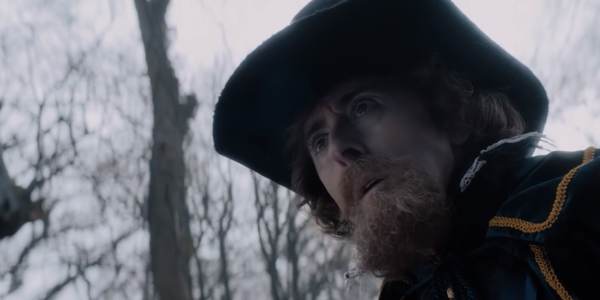 Shouldn’t that be the Whomfinders?

Once again, and for the benefit of folks coming in late, I hate spoilers. A lot. A whole lot.

So on the very teensy-weensy chance that you’ve come here and not yet seen The Witchfinders, here’s some spoiler space so you can back away easily and without having the program spoiled for you.

Also, this week’s theme makes the choice of clip rather easy to pick.

Still, that was fun stuff, even if it didn’t quite hit the classic notes I was hoping for at the start.

Also, I’ve decided that I’m far enough into the season that I’m happy to start ranking the episodes based on how good I think there are.

We’re yet to have what I’d objectively call a “bad” episode (otherwise known as the “Fear Her” scale, or if you’re old school, the “Delta and the Bannermen” scale), but I’ve definitely got preferences in how each episode has played out.

So here’s my rundown so far, from best to what I’ll call “least best”. Clickable links to each of my thoughts in the list if you haven’t read them already, of course.

Methinks that list might be just a touch contentious — I seem to know a lot of folks who liked Kerblam! a whole lot more than I did.

That’s fine, you see, because this is just my personal opinion. If you’ve got a different opinion, ordering or thought, let me know in the comments below!

We can always agree to disagree, like polite society (and The Doctor) would want.

Next time: It Takes You Away. Presumably with a soundtrack by Berlin.

1 thought on “Thoughts on Doctor Who The Witchfinders”