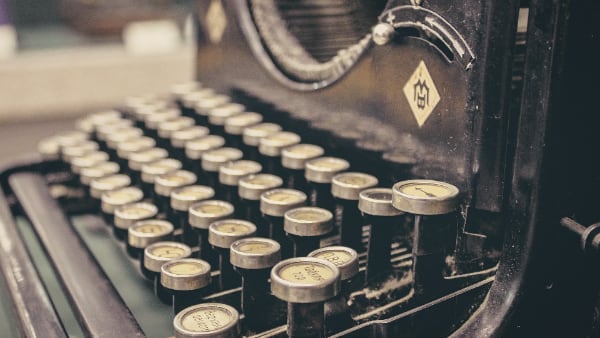 And so, 2020 draws to a close. An unusual year where I’ve been working my tail off.
Mind you, I’m not even sure I have a tail to begin with! Here’s what I’ve been up to through to the end of December 2020.

We’re hitting some great milestones at Vertical Hold, the weekly podcast I produce with the one and only Adam Turner, and we’ve had some great episodes this month.

First up, Twitter debuted Fleets, while Britbox came to Australia, so we cast our eyes over that with special guest Byteside tech writer Chris Button and The Age/SMH television critic Craig Mathieson

Upgrading was then the next theme, with NBN making its upgrade quotes engine live to the public (it didn’t last) with some crazy quote valuations, while upgrades to the CovidSafe app promised to make it a whole lot more functional. We were joined by ZDNet Australia’s Asha Barbaschow and ZDNet Australia editor Chris Duckett.

Apple wanted us to lend them our ears — and a lot of our money — with the AirPods Max, while rumours were starting to flood in around the Galaxy S21. Special guest for this episode was Pickr’s Leigh Stark.

TV Blackbox’s Steve Molk joined us for our second-last episode of 2020, talking Disney’s increasingly complex streaming plans for 2021, while also looking back at 20 years — yes, 20 YEARS — of digital TV broadcasts in Australia.

For our final show of 2020, we grabbed Marc Fennell (yes, that Marc Fennell) to talk podcasting — where it’s evolved from over the last few years, what 2020’s done to it and how it’s going to change in the next decade. It’s a little different from our regular shows — but it’s a great episode.

Speaking of podcasts, I also opined for Leigh Stark’s podcast, The Wrap, talking about the year’s best phones. You can find that episode here — and don’t forget to subscribe to The Wrap too!

A bunch of radio appearances across the nation this month, including my regular spot on ABC Radio Central Victoria chatting to Jo Printz. This month’s topics included rollable phones, transparent TVs, how GTA is making smart cars smarter, supercooled PCs and super-expensive gold-plated mobile phones, amongst many other topics.

I also caught up with Nic Healey at ABC Radio Western Plains to talk about the copyright conundrums that emerge when you share your “own” photos on social media for ABC Western Plains.

ABC Radio Adelaide asked me to peer into a crystal ball to make my predictions on where technology is going to go in 30 years time for a time capsule project they’ve put together. If you didn’t catch it live, you’ll have to wait until 2050 to find out if I was right. I’m just hoping I’m still around in 2050 to find out!

And just when I thought I was done for the year, this morning ABC Radio Hobart chatted to me about my favourite gadgets of 2020. It was an unusual year for Tech, so these weren’t easy picks.

I’m hoping to do even more radio in 2021 — if you’d be keen to hear from me for your radio station, drop me a line!

OK, OK, it didn’t. But I did continue making YouTube videos as a side project.

It feels like an age ago that Nokia announced the Nokia 8.3 5G. Because it was — it was back in March, and in 2020, back in March may as well have been back in 1872. Still, I liked Nokia’s fancier-than-the-Pixel-5 phone quite a lot.

My love of retro gaming is pretty well known, but there’s a lot of tat out there too. I expected the AT Games Flashback Legends to be tat. Was it? You’ll have to watch to find out.

Nokia again came into view, this time with an exceptionally cheap feature phone. There’s clearly a market for feature phones, but (spoiler) this one isn’t that great.

Huawei’s lack of full Google Apps has been a huge issue for its premium-priced handsets in 2020 — and that’s been most of what it’s bothered to bring to our shores. The Huawei Nova 7i isn’t a premium priced device — so is that issue any easier to deal with when you’re not paying as much?

Who put the writing on the wall?

Chances are, it was me, because I’ve been pretty flat out there too.

I stuck the Huawei Freebuds Pro headphones in my ears for some musical appreciation, as well as slapping the Huawei Watch Fit on my wrist in order to get some muscle tone going.

I’m still a tech journalist, mind. Muscle tone isn’t really what we do, for the most part.

Vodafone surprised me by adding “endless” (AKA “Unlimited, but you don’t use that if you’re a telco because the ACCC gets twitchy) data to its prepaid plans, so I looked over the deals to see if they were actually decent value.

The big daddy of the iPhone world, the iPhone 12 Pro Max got the full review treatment, as did the somewhat less impressive Microsoft Surface Laptop Go. Back with Apple, I considered the value of the upgraded Apple iPad Air 2020, which is sort of like an iPad Pro Lite in many ways.

Sony is often touted as the go-to brand for the best noise-cancelling headphones, but what happens when the Japanese giant makes a lower-cost set of noise cancelling buds? You get the Sony WF-SP800N headphones, and I listen to even more Prince, because I can.

Speaking of listening to things, I also tested out Apple’s pretty darned impressive Apple HomePod Mini speakers. They’re locked to Apple — how very Apple that is — but they’re also very good for the asking price. Apple also finally released its M1 MacBook Pro 13 and M1 MacBook Air laptops, and one of them was quite a lot better in my view than the other…

Vivo is yet another BBK Electronics brand — think Oppo, Realme, OnePlus — and it’s making strides locally in the more affordable phone spaces. I took the Vivo Y20S into the test lab to see how it would fare.

Beats has a reputation for style and price, but the Beats Flex are simpler and much cheaper headphones, and they went into my ears for testing as a result.

I’ve been a tech journo for a long time now, and I can well remember when Toshiba’s Portégé laptops were industry leaders. Portégé is back.. but under the Dynabook branding, so I put the astonishingly light Dynabook Portégé X30W-J through its test paces. Once I’d worked out that it was just that light, and not just a hollow shell, mind you.

TPG’s eco-friendly Felix brand is brand new, but it’s already making waves with its unlimited… sorry, “endless data” plan. In December, it increased the tension by upping the data rate pretty remarkably — but was it good value? I assessed Felix Mobile’s single plan to find out.

Nope, still more to come. Realme’s 7 Pro got the review treatment, as did the affordable Nokia 225, Nokia 3.4 and Alcatel 1SE phones.

The Huawei Nova 7i got a writeup, and just to flex a different kind of writing muscle, I also tested out the Ecovacs Deebot U2 Pro robot vacuum cleaner, with a little help from my cat. My terrible U2 song puns didn’t make it through the edit — but that’s almost certainly for the best.

For Geeks2U’s Geekspeak blog, I wrote about why you should keep Google’s Chrome browser updated frequently, reviewed the Xbox Series X for the family market, pondered the value of the lower-cost Microsoft Surface Laptop Go, got impressed by the MacBook Air M1, gave advice on the best $150 smart speaker for consumers and perused Google’s Australian search trends for 2020.

Not quite, because somehow I still found time to write stuff for this here blog too. You know, the one you’re reading right now.

Britbox very quietly launched on a Sunday, and I was quite easily the first tech journo to write anything at all about it in my hands-on Britbox Australia review.

My passion for Doctor Who is rather well known, so I was excited by the announcement of Revolution Of The Daleks and even happier when the ABC announced it will air in Australia on 2 January 2020. Mere days away from when I’m writing this… and I’m pumped!

I’m almost out of words by now — which probably explains the shortest short story I’ve ever written, too. If you want more of those my collection of short stories, Fifty Two is still on sale — you can buy it for Kindle here or buy it on iBooks here.