Posted in Opinion
Author: Alex  Published Date: November 30, 2020  3 Comments on ABC will show “Revolution Of The Daleks” on 2nd January 2021 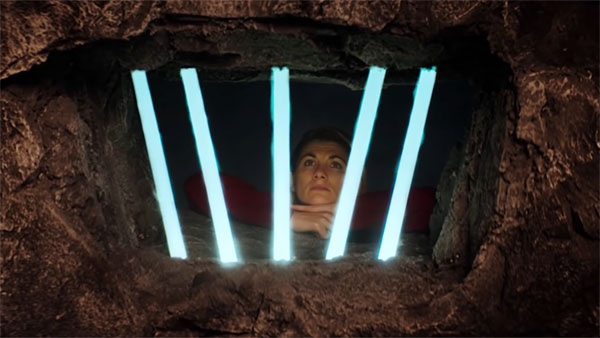 And there’s even a shiny new trailer to go along with the news of more-or-less-precisely when Revolution Of The Daleks will air. Update: Now confirmed by the ABC.

Warning: Contains very mild spoilers, like most trailers, I guess?

The ABC was already confirmed as the airing station for the Doctor Who “festive” special last week, and I’ll be honest; I read between the lines to think that it might be going for a Christmas-themed show.

Instead, it will air in the UK on New Year’s Day 2021, although the BBC’s release and that trailer don’t explicitly say when it’ll air.

It takes even less reading of the tea leaves to suggest that a high-profile, high cost show like Doctor Who will enjoy a prime time airing slot in the UK.

Revolution Of The Daleks won’t air here until it’s aired in the UK, and when you combine the evening of the 1st of January, UK time with that simple fact, you get a timing that simply can’t happen before the 2nd of January here in Australia, even if the ABC were for some crazy reason to decide to actually simulcast it.

That won’t happen either — it would be ratings suicide — but it’s likely based on past years that Revolution Of The Daleks will pop up on ABC iView that day for fans who otherwise won’t wait, before a more regular “scheduled” airing. Hopefully that evening if there’s no obvious clashes, because Doctor Who fans aren’t exactly known for their patience.

Update: The ABC delivers – they just sent me the BBC release with the following details amended at the top:

“The Festive Special will air in Australia on ABC & ABC iview on January 2.”