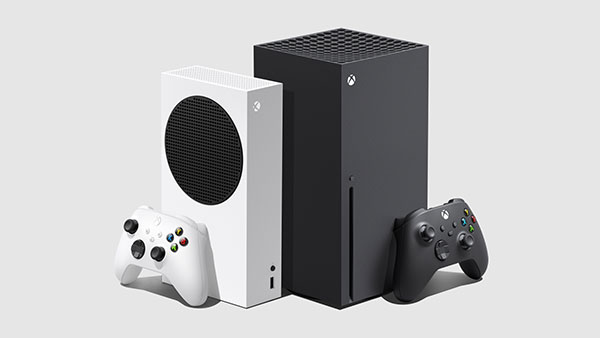 Microsoft has a brand new shiny console out capable of cutting-edge next-gen visuals and gameplay. So naturally, I’ve been playing old games on it. It’s what I do.

So, Microsoft sent me an Xbox Series X to test out for a couple of weeks — to take on the obvious upfront questions, no, it’s not a freebie and it’s going back, sadly — and it’s something that I discussed at length with Alex Walker from Kotaku and Alice Clarke from the SMH/Age in a recent episode of Vertical Hold.

When it came time to testing out the next-gen capabilities of Microsoft’s mighty new machine, I hit a rather predictable problem.

There really aren’t that many launch games that are Xbox Series X optimised, even fewer that are unique… and I had none of them at all anyway. It’s absolutely a truism that “new” consoles rarely have wide “new” libraries, and in some ways we’ve never had it so good. When my favourite console of all time, the SNES came out, it had Super Mario World, Pilotwings and Ultraman… and that was it for months. OK, two of those games are all-time classics, but still, this isn’t a new phenomenon by any stretch of the imagination.

Xbox GamePass could solve some of my game access woes, and it’s very clear that it’s a core plank of Microsoft’s ongoing games strategy for digital games delivery. Its existence meant I could finally check out titles such as Sea of Thieves (pretty, but I feel like I’ve missed the moment when it had its biggest multiplayer audience) and Gears of War 5 (Very shooty! All the bang bangs!), as well as Crackdown 3.

Now, Crackdown 3 was a title that interested me both because I adored the original (and try to ignore the “sequel”), and because I’ve been on a bit of a Brooklyn Nine-Nine binge kick of late. So any game that lets me hurl cars through a neon-drenched skyline while screaming about how much I love yoghurt was always going to tickle my particular fancy.

Playing Crackdown 3 made me think of Crackdown 1 a lot. A quick spoiler here: They’re much the same game, and Crackdown 3 was criticised for this when it was new, and I totally get why that’s so. Doesn’t mean I didn’t have fun with it.

It was then that it dawned on me what the Xbox Series X really gets right, even if it doesn’t have that many games right now, and that’s retro gaming. Microsoft’s support for backwards compatibility for select titles all the way back to the OG Xbox is to thank for this, and while it’s not a new thing — it’s essentially built on the frameworks laid down for the Xbox One’s BC initiative — I was keen to see how well it worked.

Honestly, I almost didn’t write this piece, because EDF 2017 on a 4K display through the Xbox Series X is just so damned sweet. Crisp visuals, fast load times and that addictive weapon-collecting metric kept me mesmerised for a good long time.

EDF 2017 isn’t the only good Xbox 360 game that benefits a lot from both backwards compatibility and the Xbox Series X’s inherent power.

I’ve long liked Stuntman Ignition, but that was a game that could get frustrating fast, because its core gameplay loop involves repetition of levels and a fair degree of load times. They’re not gone on the Xbox Series X… but they’re so quick as to be no issue at all any more.

This is the inevitable argument I know I’m going to have to face, because there’s no real proper “definition” of what “retro” is.

Some people will put it in terms of years, stating that, for example 10 years old is “retro”. Xbox 360 would qualify for that, by the way — launched back in 2005. Yes, I feel old too just typing that.

Others will put it in terms of generations, saying it’s got to be at least a couple of generations old. Again, I feel it qualifies.

I’ve seen in other places people start to use differing terms such as “vintage” and “retro” to try to group different ages. I guess you can do that, although I’m not sure what real difference it makes. As always, what I care about is that I have games I can play now and into the future — and the Xbox Series X does go some way to making that a reality.

But maybe you’re not convinced and still have your nose out of joint at me talking about Xbox 360 games. What about OG Xbox games? Does that meet your definition?

Here the pickings are more slim, but there is gold to enjoy. After all these years, Crimson Skies is still an utter charmer, and it’s even better smoothed out and faster running than it ever was back in the day.

But I’m not done yet! Because I can also play Dreamcast games on the Xbox Series X, thanks to the fact that the Xbox 360 Dreamcast Collection is on the BC list.

OK, that does include Sega Bass Fishing, and I’ve never gotten on well with fishing games in any generation, but it means I can pretty quickly get my Crazy Taxi fix in, or play a little faster loading Sonic Adventure.

Sure, there are elements of that game that haven’t entirely aged well, but it gives me a warm nostalgic glow every time I fire it up. Fun side thought: I can still recall heading to what was then Sega Ozisoft’s Alexandria offices to play on one of the first Dreamcasts in the country for an APC review. I wish I still had a copy of that review, actually. Ah well… I digress.

Still, the idea that I’m running a game from 1998 on a 2020 era console is pretty damned special.

It’s not all roses and wine, however. I wish I could go back even further by dropping in the Megadrive Ultimate Collection for 360, but it’s not on the backwards compatibility list.

Equally, I’d like to get my NBA Jam on, but I cannot, even though it seems like I should be able to. NBA Jam On Fire Edition is on the BC list, but not the vanilla version that I have, which means that the same game can run, but won’t. Microsoft poured a lot of resources into backwards compatibility during the Xbox One’s lifespan, but it then formally stopped the process, qualifying no more games, so there is a bit of hit-and-miss when it comes to working out whether a game may or may not run.

I’d love it if Microsoft reversed that position and continued to preserve gaming history while improving it on the way.