Posted in Personal
Author: Alex  Published Date: November 24, 2020  Leave a Comment on ABC Confirms It Will Show “Revolution Of The Daleks” (But Not When) 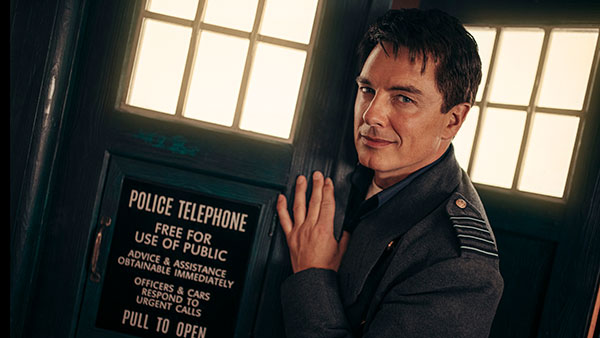 The news overnight that we would be getting a “new” episode of Doctor Who was great — and it we’ll see it on the ABC, as expected.

Look, every single other Doctor Who news site, fan page, webzine, YouTuber, Tik Toker and that strange smelling guy called Dave has already publicised the fact that there’s a new Doctor Who “festive special” coming, titled “Revolution Of The Daleks”.

As that video (and the lead image) does rather give away, it will see the return of Captain Jack Harkness once again to Doctor Who, and presumably actually interacting with Jodie Whittaker’s Doctor, unlike his brief cameo in Fugitive Of The Judoon.

In a release that was mostly the quotes already in the BBC release (because that’s what they’re allowed to use) the ABC has (as you’d expect, really) announced that it will also be showing “Revolution Of The Daleks”.

Mind you, that’s about all it does say; to quote the release it notes that

‘Revolution of the Daleks’ will air over the festive period on ABC with more details to be revealed soon.

That’s certainly the BBC at play there, because that sentence is exactly the same in the official BBC release, except for the words “ABC” being replaced by “BBC”.

At least it’s not locked behind a pay-TV service, or at, say, Britbox.

So when will it air? I’m impatient already!

All signs suggest – and I’m drawing some conclusions here, albeit not terribly long bow ones — that we’ll be able to see “Revolution Of The Daleks” before the end of December 2020. The official release quotes current show runner Chris Chibnall as stating that

“A Doctor Who Festive Special means treats galore, and there’s no bigger treat than the return of John Barrowman to Doctor Who, for an epic and emotional feature-length episode. If anyone can blast away the sheer rubbishness of 2020, it’s Captain Jack. Daleks beware!”

Is that mostly PR-approved waffle? Yes, indeed it is. But that mention of 2020 has to raise suspicions that it’ll air in 2020, right?

In any case, it’s not going to air on the ABC first, and if past years are any indication, we can expect a 5 or 6am iView availability window for online viewing, and then some kind of evening showing, hopefully on the ABC’s HD channel.

So if it goes out as a Doctor Who Christmas special, that would be Boxing Day here in Australia. If it’s a New Year’s Special, then that’s New Year’s Day… which would be in 2021 for us, of course.

In the meantime, I’m going to pass the time with that classic Dalek relaxation tape. Breathe in. BREATHE OUT!