AT Games is back with the AT Games Legends Flashback, a retro console that’s distinctly not like its previous mini-console efforts. That’s (mostly) a good thing.

I spotted the AT Games Legends Flashback in my local K-Mart — I was in there buying a bike pump — and was equal parts intrigued and concerned. The box art suggested a LOT of varying game types on there, but I’ve seen so many dodgy famiclones that seem to promise the world before. Also, it was an AT Games console, and they’ve historically been mediocre at best.

Still, my curiosity was piqued, and I figured at worst it could be an early $99 Christmas present to myself. 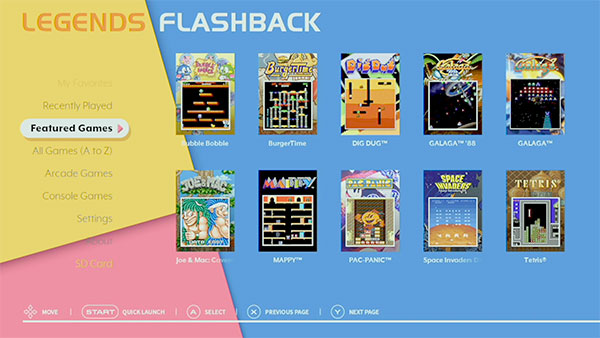 100 interesting games: Look, not everyone is going to love every game, but I was fully expecting to see the 50 titles on the back of the AT Games Legends Flashback box, and then 50 crappy ex-Flash games or something. That’s not what you get, and the arcade games… are actual arcade games, not their mediocre NES equivalents!

You can use original controllers This is a bit of a godsend if you’ve got them, because those bundled controllers are pretty ordinary.

HDMI compatible Not every AT Games console has offered HDMI, but the AT Games Legends Flashback does. In fact, it’s the only connection method, so users of older TVs might have issues.

Games are in 4:3 I hate, hate, HATE the way that so many retro gaming emulation boxes force 16:9 squashing. It’s just WRONG. 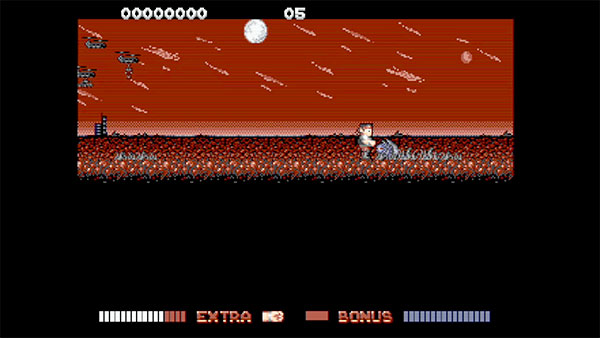 The console itself is a nothing Sure, you don’t look at the console when you’re playing the games, but this might just be the most under-designed system I’ve EVER seen. I’m half convinced it was a different bit of AV gear as a box, and they’ve just jammed their circuit board into it. You’ve paid for the icons on the box — why not at least stick them on the console?

The controllers are light and flimsy They do work, and for $99 you can’t expect the world, but the D-Pads are mushy, and I very quickly switched over to using a classic Megadrive controller instead with no issues.

One problem: AT Games has a lot of systems that it calls the AT Games Legends Flashback on its firmware update site… but not this one. I’m not sure if it’s a K-Mart exclusive variant, or if it’s not in line for updates… but applying those other updates would be a poor idea.

The background music is horrible Thankfully you can switch it off. It should never have existed in the first place.

Better retro gaming systems exist If you’re a retro purist, one of Analog’s consoles like the Mega SG or Super NT will do far more flexible and accurate emulation.

It’s $99, it’s in the “cheap stocking stuffers your family might like” aisle at K-Mart… and it does that job better than I truly expected. Don’t expect miracles at that price point and from this company, but if you’ve got nostalgic pangs for the games on offer, it’s a fair and legal way to play them.

Disclaimer: This isn’t an ad, and I spent my own money on the AT Games Legends Flashback.