Posted in Reviews
Author: Alex  Published Date: March 13, 2019  Leave a Comment on Thoughts on Doctor Who Aliens of London 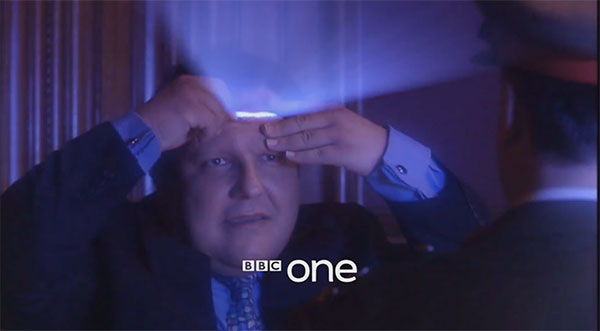 “Do you mind not farting while I’m trying to save the world?”

My journey through Season 1 of Doctor Who continues, albeit at a slightly different pace than I’d first envisaged. I blame my busy life for that.

For anyone coming along late, I’m working my way through a rewatch of all of “new” Doctor Who — not that there’s anything wrong with the classic series, which I still adore — having already written up all of Jodie Whittaker’s first season (you can read that here) and the first 3 episodes of Christopher Eccleston’s run.

As is traditional, just in case you’ve wandered here by accident, a little spoiler space before I start my stream of consciousness writing. Something… to relax to.

Going into this rather-slower-than-anticipated recap-fest, I’d already mentally pegged this two-parter as the low point of the series. Has time been kind to it? Let’s find out.

Final thoughts: I think I liked it more than I expected to, but not for the core plot reasons.

It’s the human side where Jackie is reunited with Rose that works. The rest is all idiot plot and farting humans, and that really doesn’t work all that well at all.

What will be interesting is when I find the time to switch to part 2, World War 3, because I have this sneaking suspicion I’m going to like that one even less.

Still, Aliens of London is done and dusted, which means it’s time to…

Rank the episodes of Series 1!

4 episodes in, although I don’t think anyone’s going to be shocked as to where I put Aliens of London. You can click on the links below to read each episode review, by the way.

Next time: World War 3 — with the obvious warning that this trailer is a HUGE spoilerfest for that concluding cliffhanger.