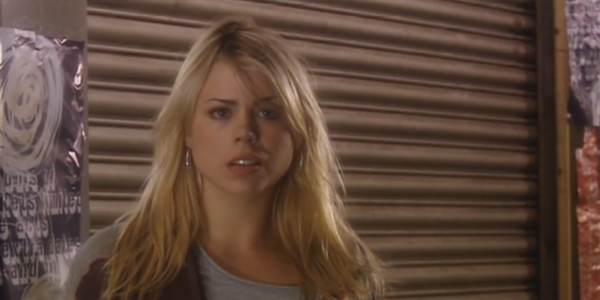 It’s time… to go back… to the past. That sounded so much cooler when Marty McFly said it.

Yes, as promised, because there’s no “new” Doctor Who this year, I’m going all the way back.

Not quite to 1963 — that’s maybe a task for another time — but to have a swing through the history of “new” Who. Hey, it’s all just Doctor Who to me.

This whole thing got started when I did stream-of-consciousness posts for Jodie Whittaker’s first season as The Doctor, which you can read on this very site!

But as is traditional, a little spoiler space, just in case you’re not up to date with the 2005 series.

I need something… more appropriate.

And now, on with Rose!

Time to rank the episodes of Series 1!

Which is going to be a bit weird. Partly because of course I have watched them all before, albeit not for some time.

But mostly because right now, I can only rank Rose in one possible place:

Go on. Argue with my placement of that based on watching a single episode. I dare you.

Next time: The End of The World. Well, if that’s true, this is going to be a shorter series than I remember!