Posted in Published
Author: Alex  Published Date: September 2, 2021  Leave a Comment on What I’ve been up to in August 2021 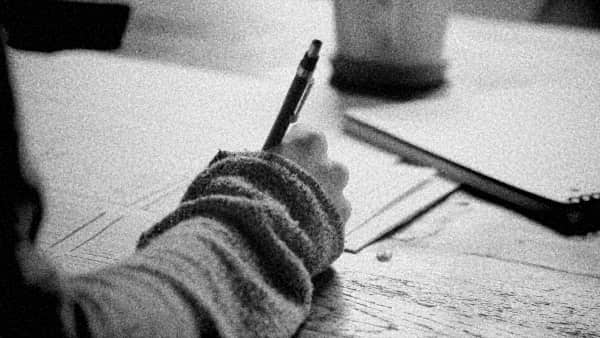 Time for another wrap of my freelancing work for August 2021, covering article writing, radio, podcasts, video and more!

August was an… odd month. Sydney’s lockdown continues, and while I was already working from home before it was the done thing, it has changed a lot of my working routines. Still kept myself quite busy, mind you.

“Just write every day of your life. Read intensely. Then see what happens.” — Ray Bradbury

Writing is still the core of how I make my living, and this month was, like most, busy punching out those words in mass quantities.

Over at Finder, I kicked the month off writing up the details around Nokia/HMD Global’s interesting Nokia XR20 handset and what we know so far about the Google Pixel 6. Which is a lot for a phone that strictly speaking doesn’t have a launch date just yet.

I’m old enough that I can remember keeping spare phone change in my wallet — and even phonecards, once upon a time. So the news that Telstra was making standard calls free from any payphone in Australia forever was quite the thing.

Anyone got Batman’s number?

I wrote some years ago about how I found an Atari 7800 on the pavement, so when the Atari VCS fell onto my review desk, I was keen to see how well it compared to the classic Atari of old. You can read that review here, although the odds are if you’re aware of what the Atari VCS is, you probably know what I’m going to say.

Coffee is the fuel that keeps the words flowing, so I added another coffee machine review to the pile, taking a look at the Lavazza Desea coffee machine. Also, I drank a lot of coffee. I know, I know, you’re shocked.

The Nokia X20 was next across my review desk; a noble attempt to stand out in the busy mid-range phone market that didn’t quite hit the mark.

Google was back in the headlines announcing new Nest cameras and the first Nest Doorbell it’s bringing down under, so I dove into the details on what’s on offer there.

TCL has a solid stake in the TV market in Australia, but its phone division is far less known. The TCL 20 Pro 5G is a contender in the mid-range 5G space, although it’s not for everyone.

Being stuck indoors means that there’s less outdoor dirt and mess coming into my carpets, but that didn’t stop me putting the Dreame L10 Pro through its robotic vaccuum cleaner paces.

As predicted and widely leaked, Samsung announced a slew of new foldable phones and wearables in August, and I wrote them all up.

Want to know all about the Galaxy Z Fold 3 in Australia? Here you go.

What if your style (or budget) is more in line with the Galaxy Z Flip 3? Got you covered here.

Not quite done with Samsung, however, because I got hold of the Galaxy Z Flip 3 long enough to put it through some solid reviewing. I didn’t quite flip over the Flip 3, but you can read my full review here.

August must have been phone-announcement month, because Motorola got in on the action, announcing the Motorola Edge 20 series of phones.

Nura’s whole schtick is personalised audio, and I’ll be honest here and say I wasn’t that thrilled with the comfort of the Nuraphone headphones when I wrote them up a few years back. Thankfully, the smaller Nuratrue true wireless buds were a lot more comfortable, and you can read about them here.

I wasn’t done sticking things in my ears, either. No, not bananas, although it’s tempting in the current political climate. Instead, I opted to review the Google Pixel Buds A-Series headphones.

Gaming laptops are rarely subtle, but the Asus ROG Strix G15 Advantage Edition takes that to another level. This thing screams “HELLO I AM A GAMING LAPTOP” to anyone within earshot.

On the other side of the laptop fence you have ultraportables, like the Acer Swift 5. And I did like it!

It feels like I spent years chasing companies with ECG-capable wearables about why the tech didn’t work in Australia, but this year we’ve seen a raft of devices with that functionality ready to go. Google-owned Fitbit is the latest, with the Fitbit Sense and Charge 5 getting ECG onboard, although you’ll have to wait to get the Charge 5 for a while.

The Vivo Y52 5G was pitched as the cheapest 5G phone in Australia. 5G by itself isn’t a reason to buy a smartphone, but could it redeem itself in other ways? Here’s my full review.

Finally for the month at Finder, I wrapped a set of Bose’s Frames Tempo around my head and got to exercising and listening at the same time. Also taking lots of awkward photos of my awkward bonce.

Over at Geeks2U’s Geekspeak Blog, I used my own experiences nearly losing my entire backups to encourage folks to… backup. It’s one of those perennial you-don’t-know-what-you’ve-lost-until-it’s-gone stories, basically.

No, not that kind of backup.

Telstra’s payphone switch to free also got a writeup there, as did Samsung’s new foldable phone strategy.

Microsoft is set to increase the pricing on Office 365 and Microsoft 365 for businesses from next year, but what will that likely mean for consumers? Nothing in the short term, but it does point to one big issue with software subscriptions.

With Google announcing its Nest Doorbell Battery, I pitted it against the existing Ring and Arlo options as well. Even though many of us are in lockdown, being able to see folks coming and record that is still quite a useful feature. 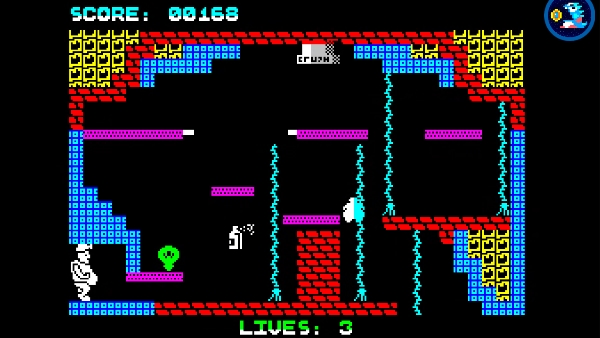 I also wrote words for this here website, taking a deep dive into Antstream Arcade. Yes, I reviewed a retro game streaming service. I’m sure you’re shocked that I might be keen on retro gaming. You may now pick your jaw up off the floor.

You won’t believe what he said next…

Or maybe you will. As subscribers would already know, I co-host a weekly tech podcast, Vertical Hold: Behind The Tech News with Adam Turner, and each week we chat to Australia’s leading tech journalists about the tech news of that time period.

August kicked off with a discussion around Google’s Pixel 6 and Telstra’s “free” payphones (and why we actually do ‘pay’ for them, if only indirectly) with Dan Tyson!

We then had a big triple guest episode, chatting Samsung phones with Jennifer Dudley-Nicholson, Paramount Plus with Steve Molk and Apple’s controversial photo scanning/child safety scheme with Stilgherrian!

Seamus Byrne joined us to discuss Optus’ Subhub subscription system and Twitter’s plans to use Australians to inform its own misinformation battles.

We then ushered in Leigh Stark into the virtual Vertical Hold studios to take a long hard look at the Google Nest Doorbell and discuss what you should look for in a mid-range mobile phone!

Just the one ad-hoc video this month, unboxing and considering the Samsung Galaxy Z Flip 3. It was hard to get the time together this month to produce anything more, but I have high hopes for September. Stay tuned…

I heard it on the radio

Likewise, a somewhat quieter month when it came to radio appearances, although I could be heard talking chips shortages with the one and only James Valentine on ABC Sydney (and across NSW that day) on the 24th of August.

That audio was online… but it isn’t any more, which is kind of annoying. Maybe if the ABC got some proper funding that wouldn’t be a thing. Sigh.

Need some words written, verbs enunciated, copy polished or edited or anything in-between?

Drop me a line — I’m always open to approaches for fresh work.