Posted in Opinion
Author: Alex  Published Date: November 1, 2021  Leave a Comment on Thoughts on Doctor Who Flux: The Halloween Apocalypse 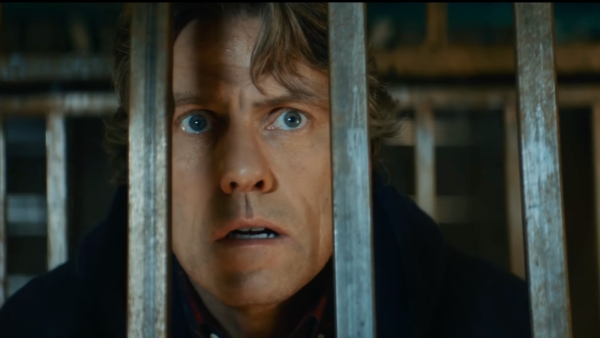 Doctor Who is back… and I have thoughts about the first part of the six-part “Flux” storyline.

Just in case you weren’t aware, I’m something of a Doctor Who fan. Yeah, I know, you’re shocked. The new series of Doctor Who has kicked off with a six-part continuous story, and I have thoughts. Many thoughts.

But before I start, a few ground rules.

As this season is just a six part story, I’m not going to rank them as I’ve done with most recent seasons, because it doesn’t really feel like a sensible idea.

Also, I hate spoilers, but I can’t write about The Halloween Apocalypse without them. So on the off-chance you’ve landed here without watching it, I’m going to offer you up some spoiler space so you can more comfortably back out. Scroll past the music video, and you’ll find that spoilers will lurk.

I had to look it up, and there hasn’t been a broadcast six part Doctor Who serial since 1979’s The Armageddon Factor. OK, OK, you could count Trial of A Time Lord from 1986 if you wanted to, but while there’s a story arc there, it also pretty clearly wraps around a group of individual stories (and somehow, BRIAN BLESSED)

The problem of course with assessing the first part of a six part story is that it’s nearly entirely setup for future plot threads. As such, I’m just going to throw out a bunch of ad-hoc thoughts as I watch through The Halloween Apocalypse. Not (to be clear) for the first time, because I like to enjoy my Doctor Who properly before I dissect it. 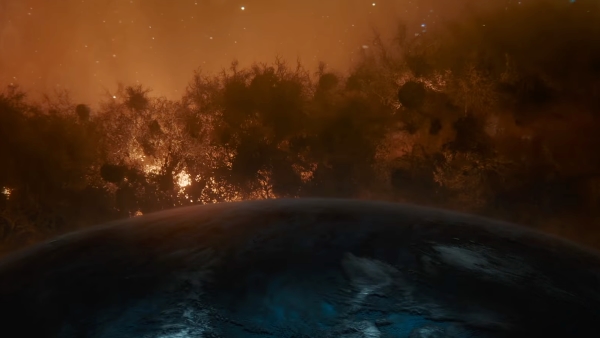 That opening is rather… Thor: Ragnarok, in more ways that one. Not a terrible thing per se, although the level of peril is rather reduced by endangering the Doctor and Yaz within from the very first seconds. Lovely callback to Nitro-9, though.

Bring back Ace! DO IT YOU COWARDS.

Theme tune time — and I’m once again grinning like an idiot, because that theme tune has that effect on me.

I have no idea what’s going on in Liverpool in 1820, and that is of course deliberate. I will naturally lose my mind if it’s foreshadowing a Rani reappearance.

We then cross to modern-day Liverpool, and a building I’ve actually been to! Liverpool’s an interesting city, and John Bishop’s Dan Lewis is actually kind of charming, rather than kind of forced as I was fearing he might be.

Diane, his love interest, is in trouble right away, and it ain’t even subtle.

I can’t quite figure out how he’s affording his house and everything else while not-working as a museum guide and helping out in a food bank, mind you. Although I guess his house repayments might have gotten a little smaller by the end of the episode.

It’s a cliche in science fiction that if you’re checking on a prisoner who is constrained that they soon won’t be. And indeed, the containment chamber fails and the prisoner (the Swarm, apparently? Possibly?) escapes.

There’s perhaps a red herring here with the new offsider who both calls the malfunction just before it happens, and who then asks the big bad what it has done. Did she release it? Was she the reason for the failure of containment?

Also, the big bad rather looks like Doomlord. Just me? (Congratulations if you got that reference, perhaps the most obscure I’ve ever done). OK, Doomlord crossed with a Cenobite, maybe.

Also, I can predict that the whole dusting thing is going to be endlessly compared to Thanos. Not quite deliberate, not quite avoided. Although what ancient aliens who can dust both people and planets knows of Halloween also remains to be seen. Another mystery to ponder.

The Tardis appears to be leaking… well, the Venom symbiote, just to keep things on the Marvel side of the fence. No, I don’t get why just yet.

I love the adult trick or treater and Dan’s response to him. It’s so totally Scouse!

Dan is being hunted, and it’s by Karvanista, who appears to be one half dog, one half Wookie… and I’m going to argue the worst special effect in this story by a wide margin. Very nearly a callback to Survival‘s Cheetah people to my eye.

The very deliberate Star Wars force hypnosis bit is just funny. It just is. Although it seems it is not a good idea to boop Karvanista’s snoot.

I get that the laptop is a trap… but why leave it in the first place when Karvanista expects the Doctor to be long dead? And why do the Lupari have the equivalent of the tissue compression eliminator, but for houses?

I 100% do not understand the Arctic Circle sub-plot yet. Again, that’s deliberate, because this is totally a setup episode for the next five episodes. 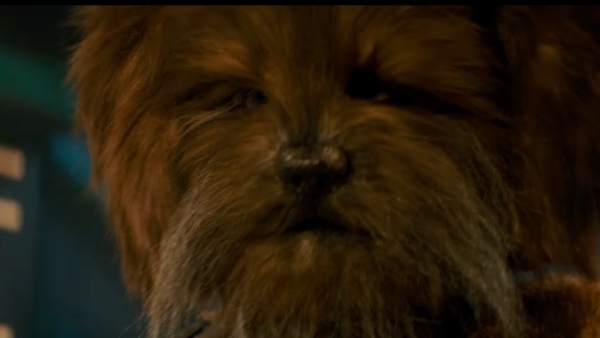 I might not like Karvanista’s makeup, but the interplay between him and Dan is really very good. Which makes the bad dog effect all the more annoying; it’d land even better if I wasn’t distracted looking at the stitching seams. Dan’s a clever cookie, though, working out that Karvanista’s not allowed to kill him.

Another time loop with Claire, the mystery woman who already knows the Doctor even though she doesn’t. Also, bonus points for ACTUALLY USING THE ANGELS CORRECTLY by only using one of them. As always, one monster you can’t defeat easily is super scary. A million of them is less scary. Also, of course, another plot point for another time. 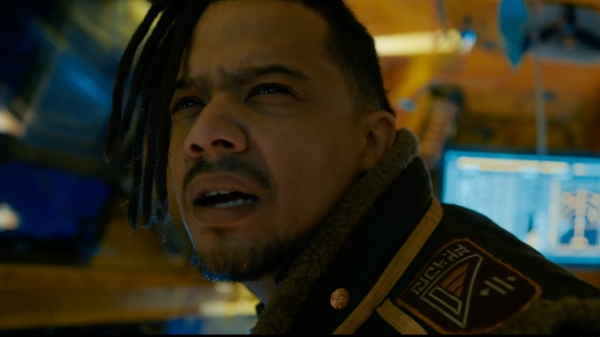 The business with the other new companion (I think?) is also fascinating, if only because it’s been an AGE since we’ve had a futuristic companion… all the way back to Zoe Herriot, I think? That was a long time ago.

Dusting of planets occurs, and while the scale is impressive and the effects are OK, we’re not given a big reason to care. Same with our brief visit back to the Arctic, although it then becomes apparent that the big bad’s sister was there all along. Her makeup is less compelling, it should be noted. Rather CBBC.

The reveal that the Lupari are bonded to the humans and have to protect them is a fun one, although (and I have to credit my offspring for this observation) doesn’t that mean that there’s a VERY confused Lupari out there somewhere looking for Yaz?

I’m not sure if I like the new damaged-and-deflated Sontaran look or not. They’re certainly battle weathered! Naturally, the Sontarans would adore the idea of the biggest war ever.

We then rather rush to the (dreamscape?) confrontation between the big bad and the Doctor, and then protecting Earth, leaving me with plenty of questions. Sure, the Lupari ships seem to be protecting Earth, but what about all the Ice Warriors on Mars? The Osirans? What happens to the solar system? Am I the only one thinking about that?

As I predicted, Diane is taken by… well, it might just be the evil force in the Evil Dead, although I’m not predicting an Ash Williams appearance just yet. You never know, though. Oh no, my bad, it’s the big bad and his sister. Who want specific humans because…?

Again, with the setup stuff. I must be patient. I’m certainly not bored.

And then, the episode ends on a good old-fashioned Doctor Who cliffhanger with the Tardis seemingly engulfed by the dusting Flux, and the music rolls…

Final thoughts: Of course, this is all just setup for the rest of the story, but I’m 100% engaged with most of it, even though it’s all more than obscure and in some cases seemingly packing in a lot of content in the one space.

Next time: War Of The Sontarans. What, just the one war?