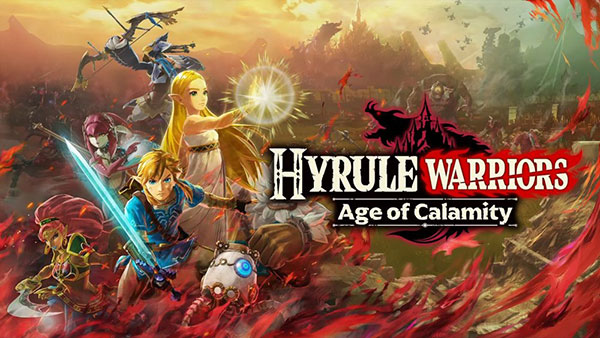 Overnight, Nintendo didn’t announce the release date for the true Breath Of The Wild sequel. In some ways, however, I’m more interested in what they did announce, in the form of Hyrule Warriors: Age of Calamity.

Nintendo’s pretty good at hype, and also well aware that it has key titles in its portfolio that the die-hard fans will lap up any mention of. Like, say, The Legend of Zelda, and its many, many spin-offs.

OK, maybe not every single one. Don’t expect an All-Stars edition of The Legend Of Zelda to feature this masterpiece any time soon.

So the new kid on the block is Hyrule Warriors: Age Of Calamity, a fresh title in the Dynasty Warriors based Hyrule Warriors series, but with a much stronger tie to established Zelda history.

I’m perhaps understating matters there, because it feels to me like this is a bit of a must-play if it’s going to go directly into the events that led to the great calamity that you unravel directly in Breath Of The Wild.

Although it strikes me — and I guess this is a mild spoiler if you haven’t played Breath Of The Wild yet, so… spoiler space… scroll no further than the video below if you want to remain unspoiled…

The Vah Ruta in the room, as it were, is that surely you have to fail in Hyrule Warriors: Age Of Calamity, because the Calamity has to happen in order for Breath Of The Wild to happen, no?

Sure, Zelda’s a series with a timeline that you need the seriously large bit of butcher’s paper to map out properly, but this is pretty core to the game that follows… and its eventual sequel, whenever that actually does land.

Not that I’m not keen to play more Breath of the Wild, of course, but so far we know absolutely squat about the story beats for that game, just that it looks to use much of the same gameplay engine and style as Breath of The Wild does.

Whereas the story details that Breath Of The Wild lays out around the great calamity are nicely established — and Age Of Calamity should do a fair job, I’d hope of giving us more of that rich detail.

Hyrule Warriors: Age Of Calamity releases on the 20th of November, and it is already up for pre-order on the Australian eStore at $79.95.

Although me being me, I’ll wait to get a physical copy. Some things deserve pride of place on a shelf, you know?