Posted in Games, Opinion
Author: Alex  Published Date: September 4, 2020  Leave a Comment on My cats are going to love Mario Kart Live: Home Circuit (but I’m not sure I will) 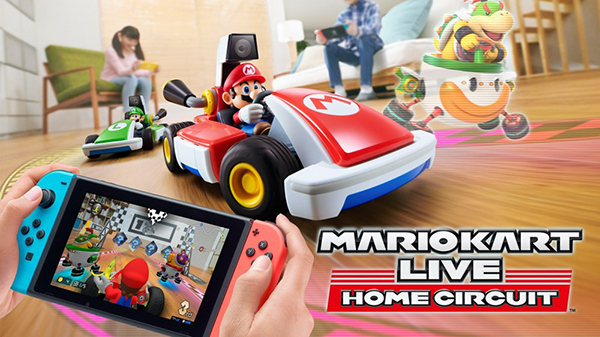 Nintendo’s got a whole host of goodies to celebrate the 35th Anniversary of Super Mario Bros… including Mario Kart Live: Home Circuit, which I suspect my cats will get more enjoyment out of than I will.

As you’re probably aware, I’m a retro gaming tragic. It’s been fully five minutes since I last thought about buying a retro game… and it would have been even less time if it wasn’t such a headache shipping games out of Japan right now.

So much of Nintendo’s Mario 35 celebration through its overnight Nintendo Direct was aimed almost precisely into the very core of my soul.

Remasters of Mario 64, Mario Sunshine and Super Mario Galaxy? I am THERE.

A remaster of Mario 3D Land with bonus… if somewhat mysterious… Bowser content? Count me IN.

I should point out that I still own ALL of those games, and the consoles to run them on, but then Nintendo is exceptionally good at tugging at the retro gamer’s heart strings.

How else can you explain my intense interest in the first new “real” (ahem) Game & Watch in decades, also announced in the same Direct?

That thing is going to SELL out fast, so I suspect I’ll have to break my tradition of not pre-ordering things to ensure I get one.

Anyway, alongside all of that retro goodness, Nintendo also announced a gosh-darned-actually-NEW Mario game, in the form of Mario Kart Live: Home Circuit.

Trailers are all about the hype of course, and there’s some neat tech at play there, but the more I think about Mario Kart Live: Home Circuit, the more I’m not in fact sold on the concept.

Remote control Mario Kart vehicles are nothing new — Nintendo’s been licensing them out for years, so if all you wanted to do was zip around your living room floor as Donkey Kong you only had to drop a few bucks to do so for as long as it was entertaining.

Mario Kart Live: Home Circuit promises more than that, naturally, with AR-based racing on your big screen while you tear around courses you build in your living room.

Now, clearly some folks won’t quite have the space for all that, and there’s a very open question around how durable the karts are and what kind of speeds they’ll hit or how they’ll handle real world obstacles. I’m especially thinking of my cats, two of whom will probably try to rip Mario’s head off the first time he zips past them. The third one is admittedly going to go hide under the sofa, but then she does that every time the sun moves and makes her shadow shift.

However, even though Mario Kart Live: Home Circuit is clearly a game that will see physical retail here in Australia — it’s not as though you can only sell that concept through the eShop after all — I’m not sold that it’s going to capture that full essence of what’s kept Mario Kart compelling over the decades. Unless you’ve got a lot of space to lay out tracks, there’s only so many loops you can make, and so much you can do with 1-2 kart races. Really to keep it fresh you’ll need 3-4 karts.

Which naturally leads us to the price. I’m going off what’s been reported at Vooks.net, where it’s reportedly going to cost $149.95 per set of cars. That’s arguably a $300 investment on a very light interpretation of where Mario Kart’s real excitement lays… which feels rather too rich for my blood. Just me?