Posted in Opinion
Author: Alex  Published Date: September 7, 2020  Leave a Comment on When will Apple announce the iPhone 12 (and in 2020, does it really matter)? 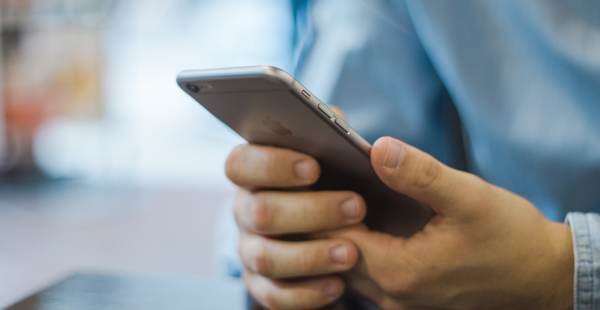 The internet is abuzz with rumours that Apple will make its big announcement about the Apple iPhone 12 this week. Maybe so… maybe not… but in 2020, it’s arguably a lot less relevant than it used to be.

It’s September, and in any other year, September would be prime iPhone rumour-mongering season, with Apple typically making a big splash around the formal reveal of that year’s iPhone models.

That’s certainly the case across the usual suspects, with Macrumors and AppleInsider both trading heavily today on rumours that Apple will make… some kind of announcement this week. Early rumours suggested that it would be the iPhone 12, but they now appear to be back-pedalling on that one and suggesting instead it may be something around the Apple Watch or new iPad Air models.

Now, I’m pretty sure that Tim Cook knows the whole story, but he’s not exactly the most forthcoming man, in line with Apple’s generally very controlled media strategy. The thought that occurs to me however is that in 2020, the timing around when Apple’s going to announce the next generation of iPhones probably doesn’t matter all that much.

No, Android fans, I’m not saying the iPhone 12 doesn’t matter. Like it or not, Apple’s market share in premium phones is massive, and it makes very nice phones indeed. I was very impressed with the iPhone 11 Pro Max last year, and like many tech watchers I’m keen to see what Apple will pitch for this year’s phones, beyond whether or not they’ll be 5G compatible or not.

However, 2020 is not a regular year, as you’ve probably noticed.

If you haven’t, then congratulations; you’re probably a LOT less stressed than the rest of us.

In a regular year — those whole “precedented times” that we used to abide in a mere 8 or so months ago — Apple would probably around now be loading a assortment of mostly-compliant writers onto planes heading for Cupertino for its big reveal of new phones, watches and maybe a new Mac or iPad or two.

(Disclaimer: I’ve been on precisely one Apple funded trip this way, back in 2008 to the MacWorld Expo. I got to see what I think was Steve Jobs’ last public product reveal in the form of the MacBook Air, which was fascinating but frighteningly expensive at the time.)

Apple can’t — or at least shouldn’t — do that this year, because nearly everyone has been forced into virtual launches thanks to COVID-19. Sure, it’s the US where there’s a lot of COVID denying idiots, but I’m presuming that Apple will follow suit with what it did for the iPhone SE 2020 and run its event virtually.

Apple’s very selective with those launches, and one thing I won’t miss, even virtually, are the sycophantic “journalists” who used to whoop and holler at every single announcement. Yes, I get that the in-house Apple staff pretty much have to applaud everything. That’s their job. But it’s cringeworthy when I see journalists doing it, and I’ve seen it too often — even sometimes from Australian writers.

But I’m getting off my point here. If you’re interested in the iPhone 12, then the announcement probably isn’t that relevant in 2020 for two distinct reasons.

Firstly, there’s the reality that it matters far less to you personally when they’re announced, and much more as to when they go on sale. 2020 is a weird year, for sure, but if past trends are any indication, Australia will see the “first” iPhone sales thanks to that pesky international dateline. Again, though, the years when these were huge and much-hyped events are well past us. I should know, I’ve been following them from the start, including being kicked out of an Optus store at the iPhone 4 for being part of the media.

No, really, that’s a thing that happened:

The other reason — and the matter that I suspect will be a much bigger challenge for Apple in 2020 — is that 2020 has seen personal incomes collapse with many of the very folks who might have looked to an iPhone upgrade this year either holding off on that purchase decision thanks to limited funds, or opting for the much cheaper — and battery life aside, still excellent — iPhone SE 2020 instead.

Apple has always sold the primary iPhone lines as absolute premium options, and while I don’t think they’re likely to challenge the $3,000+ price points of phones like the Samsung Galaxy Z Fold 2 or Huawei Mate XS any time soon, the iPhone 12, and especially the mooted larger “Pro” versions will not be cheap.

If you’re an Android fan and you’ve stuck around this long, by the way, they’re also strongly challenged by just how good mid-range Android phones are right now for many of the smartphone fundamentals, as well as more advanced camera features and even 5G, where there’s a raft of more affordable options available right now.

Does that mean that Apple won’t sell a lot of iPhones whenever it does make them available? No, there’s still plenty of the Apple faithful out there waiting to lay down their credit cards for a shiny new iPhone year after year. In 2020, however, Apple has a bigger battle ahead of itself getting the larger and wider audience who may well still be very comfortable with iOS generally to lay down premium money.

I guess we’ll find out on date-to-be-determined.