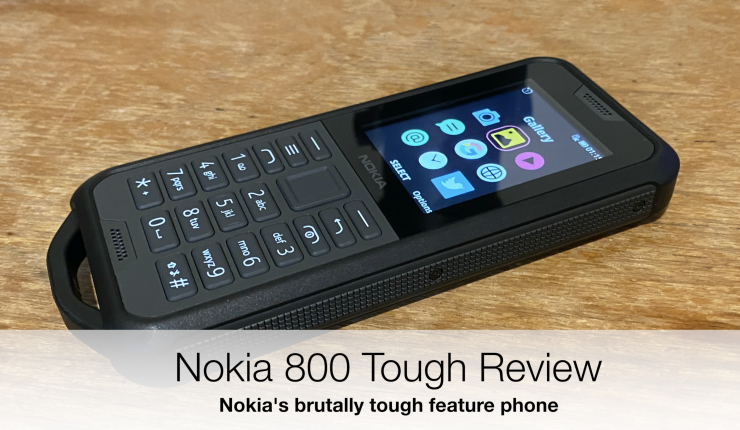 The Nokia 800 Tough is a “tough” phone, but how tough is that? There was only one way to find out.

The Nokia 800 Tough is an interesting phone that in theory I shouldn’t like much. After all, it’s a feature phone, and I’m very much a smartphone kind of guy. Feature phones were at their peak some 20 years ago, after all.

It’s also a phone that sits firmly in the budget space at $199 in Australia, and I generally prefer to play in the more premium end of the phone pool when I can.

Finally, it’s a “toughened” phone, and that’s usually a story that involves lots of compromises to ensure its survival in the harshest environments.

That should be a recipe for me hating it, right?

Well, as it turns out, while the Nokia 800 Tough does have its rough spots — especially that terrible camera — there’s an essential charm to this phone, especially in the feature phone space that puts it well ahead of its competition. That’s true even if you’re not a tradie or someone who’s likely to accidentally hit your phone with a hammer.

And as you’ll see in my video above, I actually did worse than that, dropping it far further than its stated 1.8m fall distance directly onto some solid pavers. You’ll have to watch the video to see how it fared in that rather brutal test.