Posted in Published
Author: Alex  Published Date: July 5, 2021  Leave a Comment on What I’ve been up to in June (and early July) 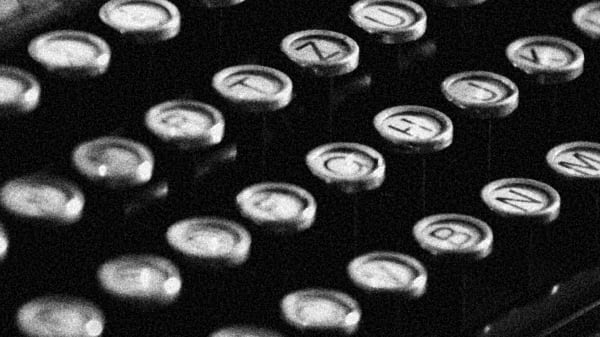 OK, this one’s running a little behind schedule, because… well, because life is, as they say, complicated. But here’s what I’ve been up to in writing, podcasting and content creation for the middle bit of 2021.

You keep me (Vertically) Holding on

I’m sure that’s what Kim Wilde had in mind anyway. Maybe we could get her to record a new version?

Over at Vertical Hold: Behind the Tech News, the podcast I co-host with Adam Turner, we’ve been busy talking to Australia’s leading technology journalists.

Finder editor in chief (and a guy who sounds suspiciously like me for some reason) Angus Kidman joined us to talk NBN, Electric Cars and more:

News Corp’s Jennifer Dudley-Nicholson took time out of her busy Quiz-winning schedule to join us to dissect Apple’s WWDC keynote:

I chatted to Seamus Byrne and Alice Clarke from Byteside about everything E3:

That other Kidman chap was back again very early one Friday morning to look deeper into Microsoft’s Windows 11 announcements:

And the king of 5G — and ZDNet Editor — Chris Duckett joined us to talk all things 5G, as well as our regular soup du jour of piping hot NBN talk:

Well, it is for me, anyway, with more than a few radio spots over June and early July. In my regular Tuesday morning chat with Jo Printz at ABC Radio Central Victoria, we covered off everything from NBN pricing proposals to sawdust printers, Windows 11, smart T-Shirts (in the IoT sense, not just crisply ironed) and more.

I also helped out the good people of Adelaide with mobile phone tips on ABC Radio Adelaide, because it’s important to realise that what seems “obvious” to you might be “brand new” to others.

Finally, I chatted to Nic Healey at ABC Radio Western Plains about technology recycling do’s and donts, and how to properly clear your tech before selling it or giving it away.

Verbing of the ol’ nouns is still the primary way I ply my trade, and June and early July were pretty busy overall.

At Finder, I kept my energy up by drinking a lot of coffee. OK, I was going to do that anyway, but this was in pursuit of a review of the Nespresso Vertuo Next.

Freshly caffeinated, I then dove into a review of the HP Envy Pro 6430 and its odd HP Instant Ink system. Computex happened — not that I’m allowed to travel to Taiwan right now — and I wrote up the big news coming out of the heaviest-tech of the heavy tech shows.

There is, as Yoda said, another, and in this case it was the smaller 11 inch iPad Pro M1. I actually think that’s a smarter buy for most iPad Pro users, and said as much in my iPad Pro 11 M1 review.

I still do a lot of mobile phone reviewing, and in June Oppo’s A54 5G and Oppo A74 5G bounced onto my review table. Not literally, though. Mobile phones should not bounce.

This IS tempting sometimes though…

Apple, it seems, did not want me to sleep, so I was up way too early to cover off the Apple WWDC 2021 keynote address. I even watched it on Apple hardware, and that meant I could also file a review of the New Apple TV 4K 2021 in June.

In the USA, Amazon’s Alexa assistant and smart devices are the go-to platform, but it’s a little more complex in Australia where the stats suggest the Google Assistant is ascendant. How then, do Alexa-powered smart displays fare down under? I put the Amazon Echo Show 8 2nd Gen and Amazon Echo Show 5 2nd Gen through their paces to find out.

Asus is way better known in Australia for its laptops than its smartphones — although, trivia fans, the last time I was in Taiwan was at a launch for an Asus phone that never actually came to Australia, but I digress. The Asus Zenfone 8 is a fascinating flagship device, and a nicely welcome member of the “small and powerful” smartphone family.

Speaking of small but good things, I flexed my gaming muscles with the Nacon Pro Compact controller for Xbox. If you’re not a fan of huge controllers — or you want Dolby sound through any headphones — it’s a good option. Nacon also sent me the latest RIG 500 HC headphones to test alongside the Compact Pro, although you could use any set you like with that controller.

I also allowed myself to feel stupid.

Not quite Wheel of Fish stupid, mind you.

Why feel stupid, I hear you ask? Because I tested out the GoCube, a Rubik’s cube that can solve itself way faster than I’ve ever been able to.

Apple’s Magic Keyboard for iPad Pro is a nice keyboard and mouse option, although for the price it should probably come with some actual magic dust as well. Logitech’s take on an iPad Pro case and keyboard, the Logitech Combo Touch for iPad Pro is far more reasonably priced, although it does cross the streams between the iPad Pro and Microsoft Surface a touch alarmingly.

It’s possible that the Oppo Find X3 Neo is itself a spoiler for the next Matrix movie (think about it) but it’s also an interesting premium phone in its own right.

Apple wasn’t the only company robbing me of my sleep, with Microsoft’s big Windows 11 reveal taking place at 1am on a Friday morning. There ought to be a law against that kind of thing.

Nonetheless, I then wrote up a full guide to the new features in Windows 11 worth getting excited about, as well as announced pricing and availability for the majority of the world’s personal computers.

Back in May, I wrote quite a bit about how the Apple Watch in Australia was finally getting ECG features. The Apple Watch wasn’t the first down under to do that, so it seemed only fair to put the Withings ScanWatch through its paces as well.

At Geeks2U, my regular Geekspeak column covered off the early rumours around Windows 11, a rundown of Apple’s WWDC 2021 keynote, tips on how to make your smartphone’s camera really sing, a guide to what you’ll need to consider for Windows 11 now that it’s official, and a breakdown of Australia’s current and emerging 5G market, and why consumers can somewhat wait to board the 5G hype train.

While you won’t hear from me at all, I am technically in this video from Digitally Downloaded, because I was part of the multiplayer test session for the game.

I’m basically the Dwarf you see running around attacking people’s knees, because… Dwarf. It’s the Dwarf equivalent of golf, basically.

My golf, if I have a golf, is retro gaming, as well as endlessly explaining to other retro gaming fans that (sigh), yes, my name really is Alex Kidman. Yes, like Alex Kidd, that really old SEGA mascot character.

SEGA did some… interesting… things back in the 1990s. Like this “classic”.

Guess who Digitally Downloaded got to review it? You won’t need more than one guess, I think.

At least I was able to run all the obvious name jokes myself upfront to get them out of the way in my full review of Alex Kidd in Miracle World DX.

Hey, there’s also the stuff that I write for this actual blog. You know, the one that you’re reading right now. 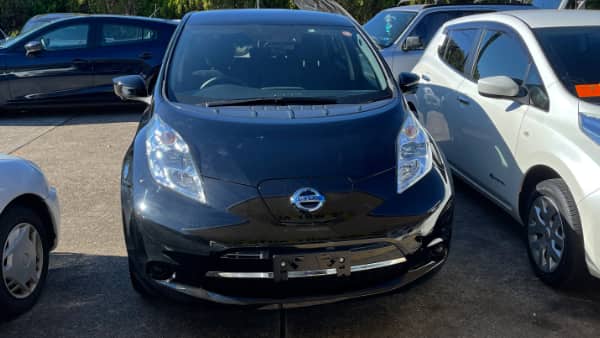 Everything personal that went up here revolved around my ongoing journey through the challenges of buying and driving an electric vehicle in Australia, and in June I tackled a couple of big talking points.

Everyone says “just buy a Tesla”, but that’s not what I was going to do, and I explain why here.

I wrote that while waiting for my not-actually-new-but-new-to-me-Nissan Leaf to arrive… and then it did, which led to a frantic comedy of errors around getting it registered, which I wrote up here.

I then promised that I’d write up a review of my findings and experiences as a “new” electric car driver… and I haven’t written that yet.

Partially because life is, as they say, complicated… and for some other reasons that will become clear when I do get it written, which I’m hoping to do this week.

Stopping to jot down everything I did in June and early July hasn’t sped that along any, mind you. Maybe I should get on with that. I feel like I’ve given you enough to keep you busy in the meantime.

If you’d like to hire an award-winning tech journalist for your content creation needs, drop me a line!