Posted in Personal
Author: Alex  Published Date: May 21, 2021  Leave a Comment on My Australian EV journey: Why is it so hard to own an EV down under? 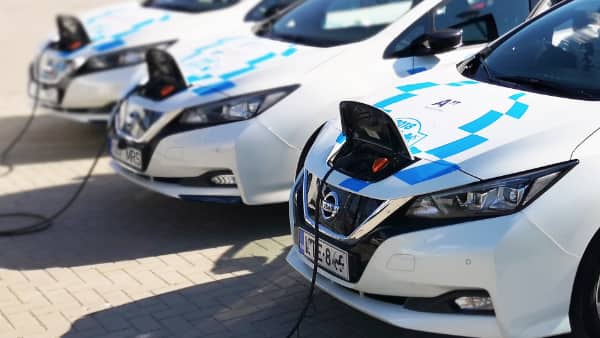 I made the decision a while ago that I’d like my next car to be an electric vehicle. It feels like a smart decision for a variety of reasons, but it’s certainly not an easy process in Australia for some pretty glaring reasons.

So I’ve decided to document the process, my thoughts and my journey to EV ownership.

Before I start, however, I should lay down a few ground truths. Realistically, while I’m a tech journo and there’s a side to EV ownership that collides neatly, I’m not a motoring journalist at all.

Fine for you if you are, like what you like and all that, but for me car ownership has always been about getting from A to B, and mostly about being at B. The bit in-between has never been that thrilling to me. If physics didn’t insist that teleportation is probably impossible in the current universe, I’d jump in the teleporter and never behind the wheel of a car ever again. Curse you, physics!

Still, I have need of a car in my daily city driving, and that’s always traditionally been an internal combustion engine (ICE) style model, because that’s what you can buy in Australia.

EVs were nice, for sure, but the market seemed to be Tesla and…

Now, that’s not entirely true, but in terms of what you mostly hear about in the Australian EV mainstream discussion, it feels about right.

More recently, it became clear to me that I’d need to make a car change at some point this year. Again, I’m not a car person, and I keep vehicles as long as I can. I was going to say that I kept them longer than most because that felt true, but looking at the stats around car ownership, the average age of Australian cars is 9.9 years. So there you go.

So why not buy another ICE vehicle?

I could totally do that, and there’s plenty of choice in the market at a range of price points. My better half drives a much newer ICE vehicle that we intend to keep for a good number of years to come, because environmentally while it’s not great to burn petrol, it’s also not great to waste the energy that goes into an existing car’s build process either.

I decided a while ago that I really wanted to get an EV in my near future. There was just one problem.

If you’re already au fait with the EV space you’ll be well aware of this, but in global terms we’re years behind in both infrastructure and available vehicle models.

My own needs for this particular car are super modest, and there are models right now in Europe particularly that run into the very affordable space. They’re not fancy or long range (I’ll deal with that whole range thing in a future update), but that’s fine for my needs.

It’s just that nobody sells them here. Hell, Renault pulled its current Electric Zoe, often held up as a benchmark of a more “affordable” electric from sales in Australia entirely.

What there is… is expensive. I like, for example, the Nissan Leaf line, and local reviews do make it a tempting prospect.

There are some lower cost models in the market right now, but you’re looking at an easy $40,000 or more to get into the new EV conversation in Australia right now.

I’ve never spent that kind of money on a car, and being on a freelance tech journo’s income, I’m not likely to any time soon.

Actually, again, not being a “car person”, I don’t know that I would even if my income shot up dramatically. I can think of many other things I’d rather spend that money on.

And that’s when I started pondering the second-hand market. Aside from my better half’s current car (a story in itself), we’ve never owned a car that wasn’t second hand, because again, when you’re just interested in getting to that point A, having it be shiny new and yours is worth less to your psyche, or at least it is in my estimation.

Again, it’s hard in Australia to do this, because the incredibly slow take-up of EVs means that there’s not a whole lot of second hand vehicles on the market right now. Again, I weep, because if I look to the UK for example, I could have a huge and wide pick of models and price points…

And then I clicked upon the idea of buying second-hand, but not from Australia. Luckily for me, there are companies doing exactly this kind of work.

In my case, I’ve opted for a mob called The Good Car Co for my needs. This isn’t sponsored content, by the way, and in fact I intend to run this rather like I’d run any other review, warts and all. But more on that once I’ve actually got the car in my driveway, as it were.

Their model revolves around getting Nissan Leafs from Japan, shipping them to Australia and selling them, either outright or as a group buy option.

Think Groupon, but you end up with an EV at the end of the process. I’ve opted for the latter, and I’ve just been told via email that, all other things being equal, I should have my shiny not-actually-new-but-new-to-me car within about three weeks!

Or, as it’s currently a Japanese car: 私は新しい車に興奮しています!!!

Next week: Further updates, thoughts on that whole “range anxiety” thing and more.