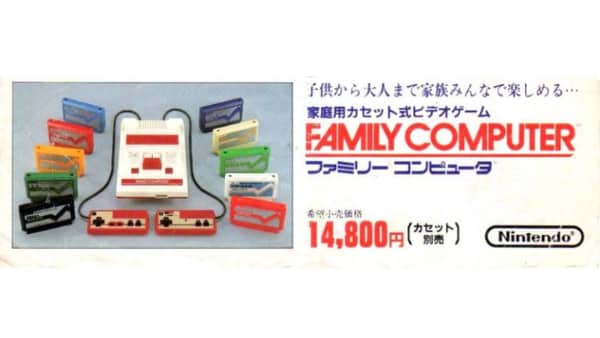 Time for a quick history lesson in the way games used to be advertised, methinks.

So, as part of some ongoing retro gaming writing I’m doing at the moment, I have to do a whole lot of retro gaming research.

Sure, typically, that would be the stuff that my brain would tell me was the stuff I was doing in-between work, or sometimes to avoid having to face work for fun, but right now, it actually counts as work. It’s a weird world, sometimes.

Anyway, as part of that research, I’ve been looking at a lot of reviews and advertising around classic games, and really, really enjoying classic game adverts, and especially Famicom ads. Thanks to the wonders of the modern new-fangled Internet, there’s loads of them online, including several lengthy compilations. Oh look, here’s one:

There’s a fascinating progression here; from early ads that take a very serious, matter-of-fact tone while describing what games are, to more hyper-energised efforts that are just so much fun to see after all this time. A smattering of Japanese — I’m still learning, slowly and poorly — helps, but you can still get so much out of this kind of historical preservation.

Now, back to the bleeps and bloops… I mean, RESEARCH! Ahem. Yes.