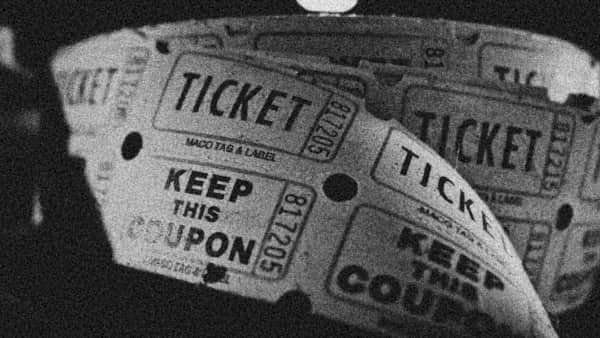 Movie tie-in games have a terrible reputation, and that’s for a reason. Most of them are terrible. Here’s 10 of them that are actually great, and still well worth playing.

Everyone knows that if there’s a video game of a movie, it’s going to suck. That’s the law, right?

Most of the time, the law is correct, but not always. Sometimes, whether it’s a matter of taking time, or just a matter of getting it right, movie games can be exceptional. Like with these retro games based on movies of their time.

Now, while this ain’t comprehensive, I am laying down a few ground rules.

For Movie tie-In games, there has to be a direct connection to a specific movie. There are at last count 47,327,512 Middle Earth games, for example, and while Shadows Of Mordor is heaps of fun, it’s not a movie game.

Likewise, while Dune II is great, it’s more book inspired than anything, unless there’s a secret Sting-In-The-Metal-Panties mode I’m not aware of. Frankly, if there is, I do NOT want to know about it.

Also, while it’s a fascinating game, I’m not counting “inspired by” games, in the same way that those movie soundtracks “inspired by” are always ripoffs, which means that Alien: Isolation doesn’t make the cut (at least, not until it gets made into a movie in its own right).

Also, I’m not including pinball titles, because that’s an entirely different list of games and criteria, because LOTS of movie licences get made into pinball games.

Also, this list is in no particular order. Play them all, because they’re great.

A lot of the inspiration for the Grand Theft Auto games came from Walter Hill’s classic The Warriors, a film which you totally should see if you haven’t, by the way.

The success of Grand Theft Auto, and all the money it made allowed Rockstar to licence the actual film.

While it was an oddball choice — about the only movie tie-in game I can think of that might actually beat it for difference between time to screen and time to game would be From Russia With Love. That probably doesn’t count, because video games weren’t a thing back when it was made, however.

Rockstar clearly cherished the opportunity, making a great game that ties closely in with the game’s core narrative. Even the PSP version is great. Hey, Rockstar, how about spending up some of that seemingly endless pile of GTAV money on a proper remaster of The Warriors?

Of course Goldeneye makes the cut. It’s probably the game you immediately thought of when you clicked on this link, isn’t it?

One of the big challenges for movie tie-in games — and part of the reason so many of them are so awful — is that they’re often made on a super strict timeframe, to cash in on as much movie hype as possible.
While the PS4/PS5 games have pretty deservedly taken the titles of being the best Spider-Man games ever, they can’t count because they’re not movie based.

Treyarch’s Spider-Man 2 is, and it utterly nails the feeling of being Tobey Maguire’s Spidey, works well within the movie framework and gives you bonus Bruce Campbell. What more could you want?

I very nearly went with Die Hard Trilogy for this one (but never its sequel), but then I think the NES original actually keeps it much closer to the spirit of the Bruce Willis classic than anything else being made as a movie game around that time.

Walk over broken glass and you’ll take damage… and slow down your walking. Sure, it doesn’t look that crash hot by modern standards, but look beyond the visuals and you’ll find a surprisingly smart (and challenging) game that respects its source material well.

The animation is better, the challenge is stronger and even the music sounds just that little bit finer, which isn’t something that you can often say about Megadrive and SNES comparisons.

I was utterly (and pleasantly) shocked to realise that it was bundled in the cheap AT Games Legend Flashback I reviewed a few months back if you want an HDMI-friendly way to play it.

Wow, that trailer narration is quite the thing, isn’t it?
Like many other big movie franchises, there are dozens of Star Wars games out there, and 99% of them are utter trash. Sorry, Star Wars fans, but I’m being honest there, because there’s just so many mediocre-at-best-and-often-far-worse games dredged out of George Lucas’ imagination to pick from.

But not all of them. Atari’s classic arcade game deserves mention, but for my money you can’t go past Super Star Wars, which married so much of A New Hope’s narrative within a fun — and very challenging — game structure.

Oddly enough, this is another game on that weird AT Games Legend Flashback console, although I hadn’t made that connection when I was putting this list together.

OK, not really. Just checking to see if you were still paying attention. Although I sure could go a Slim Jim right about now.

OK, so this one does take a few liberties with the movie it’s based on, but then if it didn’t, you’d have one alien and a whole lot of bald monks.

Actually, you get the bald monks as well, but along with it, a tense Metrodvania style romp through some surprisingly complex missions and an always-depleting stock of ammunition to keep you on your toes.

The Megadrive Alien 3 is a totally different game (and I still love it — I compared both here), but the SNES version is the one to buy and play.

Do the Gremlins still have (as that commercial states) “fantastic pulling power among kids”?
Actually, that sounds super creepy, so maybe don’t answer that.

You’d be better off putting some time into Sunsoft’s charming action platformer that uses a surprising quantity of Gremlins 2’s core script for a movie game of its era.

The NES was generally a dumping ground for terrible movie tie-ins, with only a handful of worthy games that have stood the test of time.

Terrible movie tie-in games were totally a thing through the change of the millennium and beyond, but EA pulled out a rare gem with its first couple of games based specifically on Peter Jackson’s take on The Lord Of The Rings.

The mix of chosen video clips which switched into well realised (for the time) action sequences did a great job of dropping you into the movie, and the action itself is nicely realised as well.

Again, it feels like a pity that nobody’s updated this for a more modern visual look, although I suspect the rights around it might be a tad tricky and expensive to navigate through.

Yes, all those console systems are retro now. We’re all getting old, although it sometimes seems like the Lego games never will.

Clearly, I could have called out just about any of the Lego movie games here, because there’s a certain sameness to many of them.

Still, the Lego take on Star Wars fits best, I think, because the mechanical nature of its settings works so well within its space setting where it looks a little less natural for the Harry Potter, Indiana Jones or Jurassic Park versions of those games.