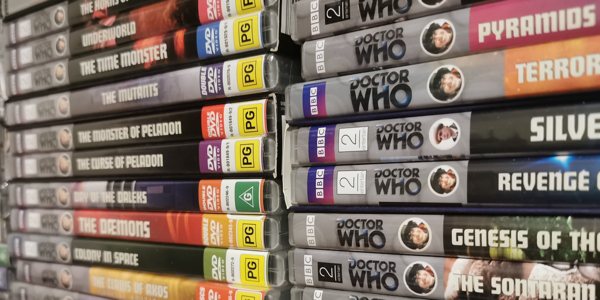 Most people are happy to rent their entertainment — even for movies, books or music that they figure they’re buying.

Well, mostly. Like most folks, I have a Netflix subscription, and I do “own” games on Steam and the various console digital storefronts too.

Still, I’m an anachronism, and not without reason.

Those quotation marks around my Steam games are quite deliberate. The practical reality in 2019 is that the market has spoken, and it’s chosen the convenience of “always on” digital over the permanence (or relative permanence, if we put aside that pesky entropy for a second) of physical ownership.

It’s a thought I’ve had before, but it came back to mind when reading this Gizmodo story about the death of Microsoft’s eBook platform.

To be clear, I don’t own any Microsoft eBooks. Off the top of my head, I can’t even recall if the platform ever launched here in Australia.

Still, it’s a reminder of what the convenience tradeoff really is. I pretty frequently hear folks grumble that such-and-such a series or movie isn’t available on Netflix even though it used to be.

That’s the convenience price at play, because it’s charging you a single low rate but with no guarantee of continued access.

I don’t accept the whole “this forces me to piracy” argument in that case, by the way. I think that’s an easy conscience sop, especially if said content is available in some form. But what really strikes me is that, as physical media options recede, we’re losing the choice to actually choose.

There are games, books and video content that I absolutely want to have access to at any time.

Doctor Who is a good example; I buy the physical media of that series so that I can decide when and where I watch it. It bounces around streaming services, and the classic series is never really settled anywhere anyway. Even if I purchased it through iTunes or Google Play Music, that’s only as good as those services are. If Apple loses the rights, or changes its formatting rules, or simply switches off the servers, I could find myself with nothing to watch at all.

It makes me wonder if we’ll see a reversal towards that ownership trend or not.

Sure, there’s a small inconvenience in having to load a disc, and I won’t be a hypocrite and say that I’ve never watched a movie on Netflix that I already own because it was “easier”.

Still, I could always watch that movie, play that game or read that book when I wanted — not just when the servers said I could.

1 thought on “Opinion: How long will convenience trump permanence for digital media?”