Posted in Humour
Author: Alex  Published Date: November 11, 2019  1 Comment on Mondayitis reminder: The cast of Sesame Street did a disco album, and it is AMAZING 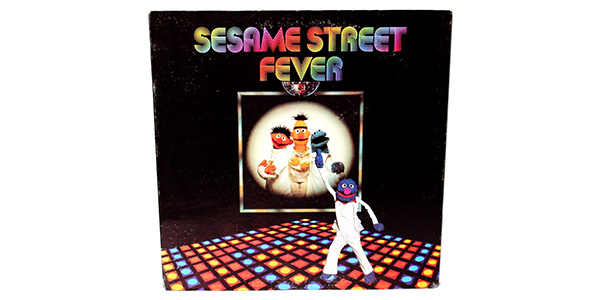 You know what you need to beat those Monday morning blues? A dose of Cookie Monster… with a little disco funk.

Try not to think about the fact that this album came out 41 years ago, and instead revel in the sheer disco cheese that is Sesame Street Fever.

While the above is the album without cut tracks, I discovered this morning that it is available on streaming music services — or at least, Google Play Music has it, which probably means it’s also on Spotify, Apple Music et al.

I don’t think the fine folks at CTW have done anything quite this concept since, at least not in full album form. I mean, sure, you get Cookie Monster rapping about healthy food and all that, but is there a full Sesame Street gangster rap album? I think not.

1 thought on “Mondayitis reminder: The cast of Sesame Street did a disco album, and it is AMAZING”