Posted in Games
Author: Alex  Published Date: April 27, 2021  Leave a Comment on How to fix the “0 PlayStation 3 systems activated” problem 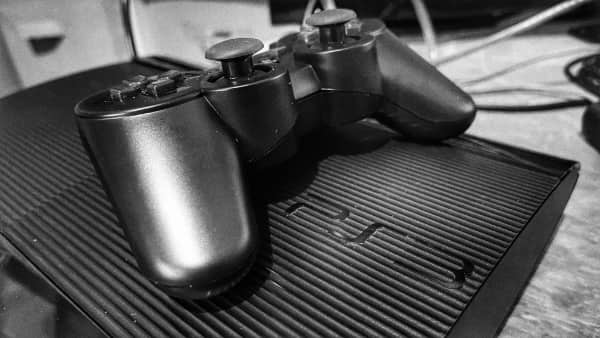 Digital software is super convenient, until it isn’t and a ridiculous problem like the 0 PlayStation 3 systems activated issue rears its head. Here’s how I sorted the problem out.

So, about a week ago while doing some re-sorting of my retro systems, my PS3 rather unfortunately decided to fry itself. Bummer, I thought. Well, at least they’re pretty cheap to replace, and I can just download the games I already purchased, right? Turns out it may not be that simple.

It certainly wasn’t all that tough securing a “new” PS3, although of course in 2021, a “new” PS3 is a pretty old console. Checking around online, the best combination of price and warranty I could find was via EB Games, but your experience may vary. I ordered, it turned up, and I set about setting it up.

It fired up just fine, connected to my home network just fine, and I signed into the PlayStation Network to get my purchases back.

I’ve had a PS3 since launch — this is technically my fourth console, with my OG PS3 Fat having long ago succumbed to the dreaded YLOD problem, and another PS3 gifted to one of my sons a few years back — so my library of digital games isn’t exactly small, and does include a number of titles that never saw disc release here in Australia.

Here’s where I hit my problem, because the PlayStation network wouldn’t let me do that at all. It turns out that Sony has a hard limit of 2 “activated” PS3 consoles per account, which was covered by the now-dead console and my son’s existing model.

You might think that it was simply telling me I had two consoles activated and would need to decommission one.

However, that wasn’t the problem that it presented me with.

According to the pop-up screen, I had precisely ZERO PS3 consoles activated, and would need to deauthorise one (of those zero, non-existent PS3s) in order to access software I’d legitimately paid for.

That’s the kind of problem that you only really want if you’re building infinite improbability drives.

So I put on my special research gloves and got to working out how I might solve this, only to come up with… well, not much online as it turns out, but for a lot of people who seem to have the same problem.

Here’s how I solved for it, which at least worked for me in Australia right now. Your own experience wherever you are on the planet may differ, but it’s worth a try.

It’s also worth noting that I’ve not done any of that naughty jailbreaking or similar on my PS3; you do you and do as you will, but I can’t say (or not) whether that might stymie any efforts in this regard. I suspect it would, though. Although I do (rather accidentally) own a chipped PlayStation One for the weirdest of reasons.

A lot of the online guides suggested deauthorising everything on your PlayStation account, which would at least (you’d think) deal with the dead PS3 I had, because it wasn’t as though I could boot that one up and kick it off the account anyway.

You can only do this once every six months, because Sony says so, but I figured it should solve my issue.

So I tried it.

It didn’t work. Made no difference whatsoever. Kept on trying to download, and it kept hitting me with the “0 PlayStation 3 systems activated” error.

So I looked up Sony’s online support options, which suggested emailing support@playstation.com.au, which I duly did.

Only to get back what amounted to a form letter:

When you contact us, we will need to verify that you are the account holder and you may need to provide:

Please have all of the above information readily available when you call.

They don’t want to make it easy, now do they? I mean, I do get that the account has value and that they want to make sure that they don’t get phished and so on, but still — I’d be in real trouble if I’d already taken the dead PS3 to e-waste recycling, now wouldn’t I?

(All of this, by the way, wouldn’t change Sony’s obligations under Australian Consumer Law. My PS3 frying itself wasn’t their fault and was probably within an expected lifespan, but for digital software where they’re the source, bugs like this one are TOTALLY their fault and their obligation to fix, even if the PS3 is technically an obsolete system.)

So, I called up, and naturally hit a voice system that wanted me to press specific buttons. 1 for PS5, 2 for PS4… and if I had issues with other systems, it told me, I should look up the support documents on the PlayStation Australia website.

I wasn’t having a bar of that, so I stuck on the line, and after about 15 seconds of dead silence — I wasn’t having a PS5 (can’t buy one for love nor sensible money) or PS4 problem so I wasn’t going to press those buttons — it gave me further options for hardware support. 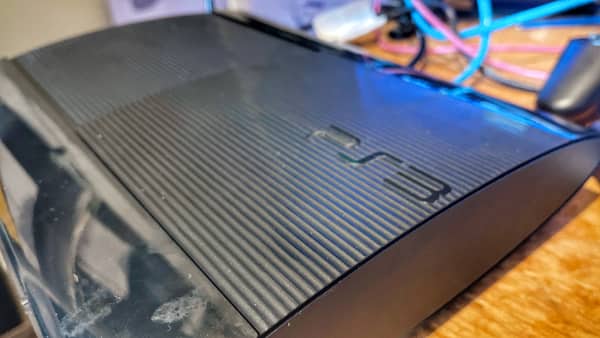 Honestly, I don’t know if it just defaulted me to the PS5 or PS4 queue, but frankly having been told to call and then having the call system tell me NOT to call, I wasn’t too happy in any case.

However — and this is REALLY IMPORTANT — while these systems that we all have to deal with can be super frustrating, the folks at the other end of the line are human beings who don’t actually control the choices that are made.

Many, many years ago I worked as a phone tech support person (you can read about that over at Lifehacker) and I know that nobody ever calls up happy.

So when I finally got through to somebody, I explained my problem. Twice as it happens, because they did start assuming I had two already assigned systems, but eventually I explained the issue, and how it was telling me that I had 0 PlayStation 3 systems activated, and how it was IMPOSSIBLE to authorise to a negative number… and eventually they looked at my account.

Lo and behold, I had systems authorised there (even though apparently I also didn’t) and they could remove them from my account even though I couldn’t do that from my end.

And it worked. I can now download the games I’d legitimately paid for to my “new” PS3, and all is (mostly) well with the world.

tldr; If you’re getting that problem, give their support lines a call, but be ready to sit through a stupid system that presumes nobody uses a PS3 any more, and above all be polite to the support people at the other end. It’s not their fault, and you’ll do better and faster keeping your cool and being nice.