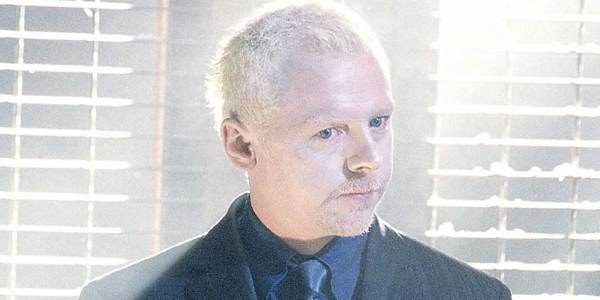 An episode all about the media and editors? Is Doctor Who having a go at me personally?

My on-again, off-again trek through the first season of the “new” Doctor Who continues, although I’m not at all convinced that anything is likely to top Dalek for a while.
As a reminder, I have (rather obviously) seen all of these episodes before, but in some cases not for quite a while, and this is all just stream-of-consciousness stuff as I watch the episode in question.

And just in case you haven’t seen The Long Game, my traditional spoiler space filler is below. Scroll below at your own peril.

This is a pretty slender story, but the execution is very good, even if Adam isn’t. The interplay between Pegg and Eccleston shines, as you’d imagine it would, and the effects, while very 2005, are perfectly fine. Not quite Dalek level quality, to be sure, but something of a hidden gem in this season.

And with that in mind, it’s time to…

This was closer than you might think. The Long Game is a tighter and more focused story than Rose is, and I almost gave it second billing so far. However, Rose has a lot more groundwork to do, and while the burping bin is still a low point, that fabulous speech about spinning planets puts it ahead by the tiniest of margins.

Next time: Father’s Day! Hey, I’m a father. This will turn out well for me, right?

1 thought on “Thoughts on Doctor Who: The Long Game”