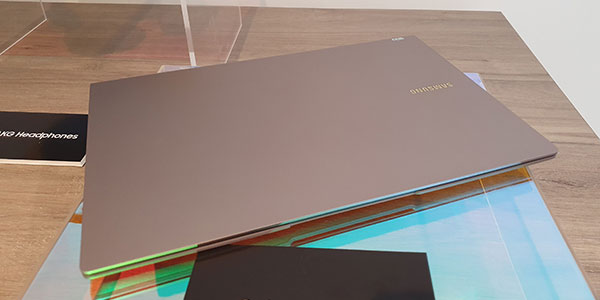 Samsung’s got a new premium laptop to sell — but is it any good? Here’s my initial impressions.

At its Galaxy Unpacked event a few weeks ago, Samsung unveiled a bunch of phones, a new Galaxy Watch, a Galaxy Tab S6, and a new laptop model. That’s the Galaxy Tab S, and as we discussed on Vertical Hold, it’s surprisingly going to be coming to Australia before the end of the year.

At a media event held by Samsung today, I had the chance to go hands-on with the Samsung Galaxy Book S for a brief period.

Nowhere near long enough for a full review, but enough to get a taste. Here’s what I liked — and what still concerns me:

It’s really nicely built: The Galaxy Book S weighs in at under 1kg, and somehow manages to feel even lighter than that. I can totally buy the idea of using it as a day to day writing tool, especially when I’m travelling.

The keyboard doesn’t suck: Look, the Tab S is an impressive device in its own right, but I was deeply, deeply unimpressed with its keyboard case. Thankfully, Samsung seems to have opted for a much better, more responsive keyboard for the Galaxy Book S. A quick typing test showed few issues with accuracy or comfort, which is what you want out of a premium laptop.

That battery promise is droolworthy: OK, OK, I didn’t have 23 hours to test out Samsung’s full claim of nearly a day’s continuous battery use. As always, it’s an “up to” figure anyway, but if it can get anywhere near those figures, it’ll be a solid contender for the travel crowd.

The issue there is one of full compatibility with all x86 software and drivers that a user might want to throw on what otherwise would appear to be a “standard” Windows machine. Older software and drivers could be problematic, although with only 2 USB C ports, it’s not likely you’ll be throwing a bunch of devices onto the Galaxy Book S anyway.

It’s not exactly inexpensive: Here in Australia we’re told that pricing for the Galaxy Book S will start at $1699 for the 256GB model, or $1899 for the 512GB model. That puts it firmly up against everyone else’s flagship models — including those running regular x86 processors.