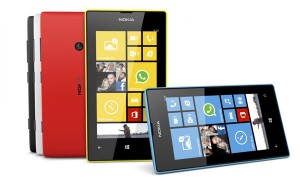 The Lumia 520 is cheap. Really, really cheap. That’s usually a recipe for a cheap and nasty experience when it comes to tech, isn’t it?

It’s been a while since I’ve used a Windows 8 phone as my day to day device, but then that’s hardly surprising, as it’s not as though WP8 devices come around at the speed of Android handsets. Indeed, with Nokia being the most notable pusher of Windows Phone 8 handsets, it’s pretty much been a question of watching what Nokia does, along with intermittent and seemingly random releases from other manufacturers. If there’s a major software refresh it’s normal to expect Samsung, HTC or others to make an appearance, but otherwise Windows Phone is pretty much a Nokia show, for better or worse.
The Lumia 520 is Nokia’s “cheap” handset, with an RRP at launch (which was, I’ll admit, some time ago — it’s been a while since I’ve seen a handset out of Nokia locally) of only $229. $229 usually doesn’t buy you much in the way of a good smartphone, which means it’s normally a recipe for disappointment.
However, the strict hardware requirements that Microsoft puts on its phone manufacturers means that it’s a pretty decent handset for the money. The 1GHz Snapdragon under the display is no great shakes, but it’s rare for the Lumia 520 to miss a beat while in operation.
There’s only 8GB of memory onboard, which is on the low side, but you can snap the back off and add microSD storage if you need more. Microsoft’s pitch for Windows Phone 8 has always been that it’s a low impact operating system, and the Lumia 520 proves this true. You get the usual run of Microsoft and Nokia apps, alongside the Windows Phone marketplace to pick from in what’s essentially a budget handset for the budget crowd.

Nokia Lumia 520: On the minus side

If the Lumia 520 is so good, why would anyone buy more expensive handsets such as the current flagship Nokia Lumia 920? There are a few reasons, but the most pressing would have to be build quality. The Lumia 520’s plastic backs are colourful, but they’re also cheap plastic with a rather hollow feel. Buttons are large and coarse, and the design doesn’t have the same “wow” factor as that of the 920.
The 520 only comes with a 4 inch, 800×480 pixel display screen, but it’s encased within a bezel that leads to a phone that’s quite a bit larger than you might expect.
At one point I rested it on top of a Motorola RAZR M, still one of my favourite “small” Android handsets. Despite the RAZR M having a 4.3″ display screen to the 520’s 4″ — and remember, that’s a diagonal measurement — they’re essentially the same size in the hand. That equates to a fair bit of wasted space in the hand, or an expectation that you’ll be looking at a larger screen that you actually get.
Things are improving in the Windows Phone app world, but the going is slow, and the pace of development on alternative platforms still leaves Windows Phone 8 wanting in some regards. Windows Phone handles the basics quite well, and if that’s all you’re after there’s nothing wrong with it, but it’s running a distant third in app variety and (ducks incoming tomato) app quality behind Android and Apple.
You don’t pay much for the Lumia 520, and that extends to the camera. The Lumia 920 is still a notable high point, and I’m keen to get my hands on the 1020 and its frankly insane 41 megapixel sensor. The 520’s 5 megapixel camera is ordinary on its best day, and that’s to be expected, but it’s not something to be celebrated.

The RRP of the Lumia 520 at launch was $229, but they’ve since dropped considerably, with many major outlets selling them for around $168.

If the Nokia Lumia 520 was selling north of the $300 mark, I’d dismiss it as an overpriced folly. At $168 for a functional smartphone that covers the fundamentals well, albeit in a basic fashion, it’s a bit of a bargain. Windows Phone 8 won’t suit every phone user, but for those who complain at me that “all I want is a phone and maybe email”, I struggle to think of a better option than the 520. It’s not going to become my daily phone — I like the existence of Windows Phone 8, but I’m still not sold on it as a full replacement for my normal Android/iOS switching activity — but if you’re after a cheap phone, the Lumia 520 is an easy recommendation.