Posted in Published
Author: Alex  Published Date: September 20, 2020  Leave a Comment on How to use the handwashing timer in Apple watchOS7 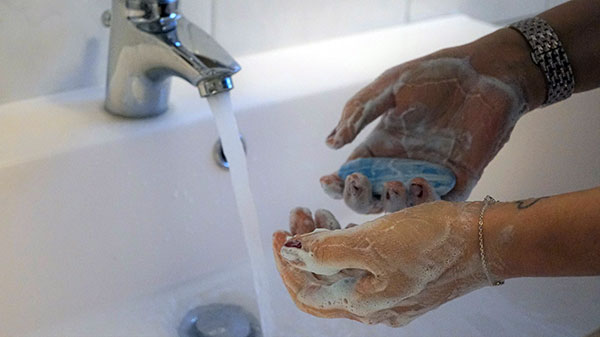 The handwashing feature in Watch OS7 is a great idea, but Apple weirdly doesn’t make it that easy to actually use. Here’s how to get it set up and working on a compatible Apple Watch.

Pretty much everyone expected that Apple wouldn’t actually launch the iPhone 12 at this week’s “Time Flies” event, instead opting to launch new iPad and Apple Watch models instead. That rumour had been circling for weeks, and it was absolutely on the money.

What was less expected was that Apple would fast-track the release of iOS 14 and every other one of its mobile operating systems – so that’s iPadOS, watchOS and tvOS too.

I mean, I guess tvOS technically isn’t “mobile” unless you’ve got a very long HDMI cable, but I digress.

We discussed the impact of this fast drop of upgrades at length in this week’s Vertical Hold, which you can listen to below:

One of the features of WatchOS I was the most keen to get to grips with was the handwashing feature. Realistically, handwashing has always been important – just ask any microbiologist – but in 2020 I think we’re all too aware of why we need it now more than ever.

In theory, the Apple Watch once it’s upgraded to watchOS 7 handles this automatically, kicking in a timer to get you to do the proper 20 seconds of handwashing if it detects that you’re moving your hands the right way and it can hear running water. Smart stuff… but for whatever reason, Apple disables it by default.

That had me a little befuddled at first, to be frank with you. I have no idea why it’s disabled. It just is, and it took me a little while to work out where i needed to go to get handwashing on the Apple Watch enabled.

So how do you get the handwashing mode to actually kick into gear? For such a control-centric company as Apple, it’s surprisingly complex, because you can activate it via your watch, or via your phone. There’s a pretty good reason to use your phone, however, as you get more options that way.

The actual business of enabling handwashing detection is handled via the Watch app on a paired iPhone. Here’s what you need to do:

Do that, and your paired Apple Watch should enable the handwashing detection feature. If you’re still perplexed, the sections (as of iOS 14, subject to change in the future I guess) should like this: 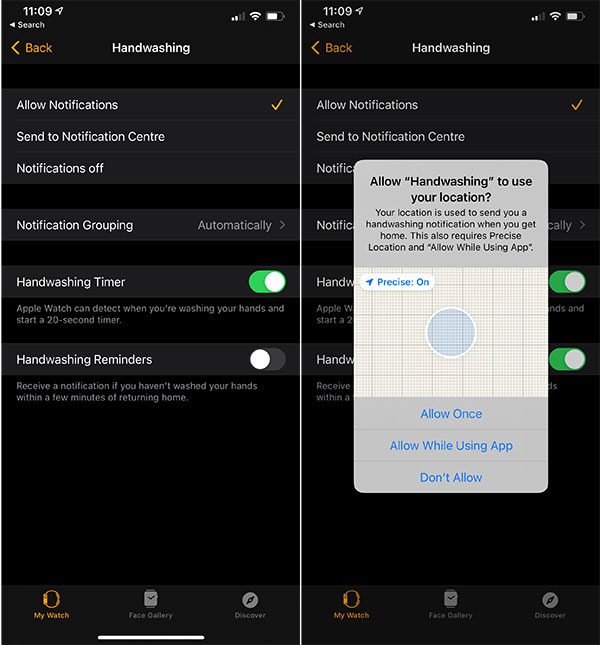 On your Apple Watch

If you ever want to enable (or for some reason disable, but WHY???) the handwashing feature on your Apple Watch, you can do this in a phone-free way.