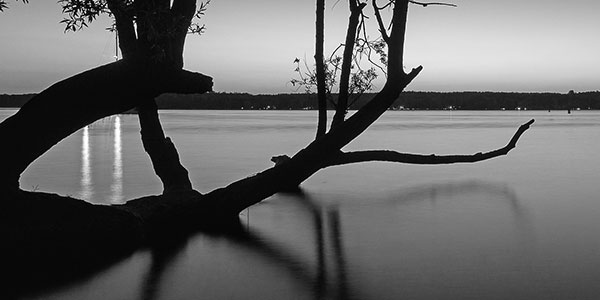 It’s been a good long while since I’ve dipped my toes into short fiction.

Quite a while in fact, although it was only after finishing this story that I realised I’ve already written a story with this title.

If you like it, you can find it in my short story collection, Fifty-Two, on sale today for any e-reader format you’d care to name:

Buy it through Amazon for your Kindle e-reader here.

Buy it through Apple for your iPad or iOS devices/Macs here.

Buy it through Smashwords for any other e-reader format here.

Ahem. Yeah, that was kinda shameless, but as they say, I’ve got a kids to feed and a house to run.

If you like the story, I’ve got plenty you’ll enjoy in the collection, so please buy a copy.  If you don’t, let me know why. A little constructive criticism goes a long way.

I guess I should also say that this story is rather dark, in many ways.

And now, on with the show…

I sit, and stare at the waves as they crash down on the beach. I’m way past the point most people bother to walk, so there are no kid’s sandcastles for the waves to wash away.

The only footprints are my own, quickly being swept away by the unrelenting tide.

The water is clear and dark, with tiny tendrils of seaweed bobbing along on the surface like tiny, demented sea creatures. They cluster and swirl as the waves continue their relentless assault on the beach, over and over again.

It’s late… must be past 10 by now. No way of knowing, with my phone back at the shack and my watch still on the stand after my post-drive shower this afternoon. But it’s late and it’s dark and it’s cold.

The moon isn’t quite full, but it provides the only light shining down on me as I sit and stare at the endless churning nothing of the waves.

They probably haven’t even noticed.

It’s not like I announced my intentions, beyond mumbling that I needed a bathroom break before turning left out of the screen door and directly onto the sand down the steps.

Behind me, I could hear the noise of another bottle being opened and the bubbles of laughter I just had to get away from.

I felt like I had to, and I just don’t quite know why. They were all there, laughing, drinking and having fun. I know them. I like them. And yet, still, there’s this little voice inside me, nagging away at me.

“This isn’t you” it whispers, so soft that only I can hear.

“You don’t fit in” it says, but I’m the only one who listens.

“They’re all successful, and what do you really do?” it says, and I can’t help but listen and agree. The same story, the same comments, swirling in my head as I pretend to pay attention to their anecdotes, nostalgia and brand new funny stories

It got too much, so quietly, I gesture that I’m off to the bathroom, but instead, I’m off and away and down the coastline.

Just walking at first. Slowly, taking each step in time, trying to settle the chaos in my head. I only notice I’ve sped up because my heels start kicking up small clods of wet sand as I walk, right up until I get… here.

Somehow… and don’t ask me why… but here seems right. Feels right. Sat right here by the edge of the headland, before the rocks get dark, craggy and dangerous, near a sunbleached log that casts a moonlight shadow over the beach. I sit, half hiding in the shadows.

What would they say if they found me?

What would she say if she found me?

The voice tells me she’d laugh, and walk away laughing in the arms of somebody else. The voice is such a fucking jerk.

So I sit, and I watch the waves. Only that’s not right, because I’m mostly listening to them. The hard crash of the waves as they slap onto the sand, over and over again.

Maybe longer, but I guess at one point all this was the low point of an ocean, millions of years ago, when our ancestors first flopped out onto beaches that must have been much further inland, gasping at this brave new world.

And now I sit, and stare at what they left behind.

I’ve always loved the sound of the beach.

Not so much the beach itself, which always brings to mind family holidays where I’d inevitably end up sunburnt, or having my older brother Simon throw my toys out into the sea, only to pull his so-innocent face if my parents wondered where anything was.

Bastard. Both Simon and the sea itself, and the desire to visit it. I hadn’t even wanted to come, but she’d insisted, said it would be “a laugh”, and that I “needed to get away from myself and stop being such a misery guts” all the time.

So I came, sharing the driving until her travel sickness got the best of her and I took over the last four hours. Came to catch up with people she knew years ago when she was at university.

Karen, who had called out of the blue to suggest that they meet up here “just like the old days”, back when they used to come here and illegally camp on the beach, surviving on a blend of passion pop and cheap cardboard burger patties they’d sizzle up on driftwood barbecues.

Karen had taken one look at me, twitched her nose and said nothing else the entire time. Karen clearly thinks that she’s settled beyond her level with me, and… maybe she’s right.

Gary, the “soul of the party”, who now manages the largest car parts warehousing operation in the country, and is about as interesting as the valves he sells in lots of 10,000. Apparently that’s some great joke to everyone but me. I “had to be there”, I was told.

Sally, who I’m told at one point took on an entire floor of her college naked and could still walk (albeit a little bowlegged) out the morning after. She’s now in… damn, what was it? She did say when we ended up stopping at the same rest stop so that she could puke her guts out, inbetween holding her hair back “just like she used to at college”.

I liked Sally in that second, if only because it meant I didn’t have to be on hair-holding duty. Not that she’s much of a wild child these days, holding down a job as… something… in government. Bugger it. Doesn’t really matter, now, does it?

Keith and Amanda, who have been a couple forever, and arrived arguing and just kept on going. Amanda was into her third bottle of red when I walked out, while Keith was into his second pack, standing out on the balcony chatting to Gary the whole evening. I have no history with these people, and it shows and feels.

At least, it does to me.

The waves are getting higher, and the breeze is picking up.

I can feel fragments of it break away as I lean against it, and it’s only then that I realise that it must have washed up on the shore at some point. There are no trees around here anywhere higher than my ankles, so it’s got to be driftwood of some kind.

I wonder how long it’s been here? It’s pretty big, so I suppose it must have floated here on a big storm or something.

The waves are now lapping at my feet, and I can see the stars above me. The waves seem inviting and warm, even as I can feel my feet getting numb from the cold water.

It would be so easy to just get up and walk into the waves, and forget it all. Forget Gary. Forget Keith and Amanda and Sally and that whole fucking lot.

And then I see her.

In the moonlight, shawl wrapped tightly around her shivering shoulders, tears streaking down her face.

She walks towards me, hands held out.

I take them, and she walks me away from the log and the sea and the stars, one gentle step at a time.