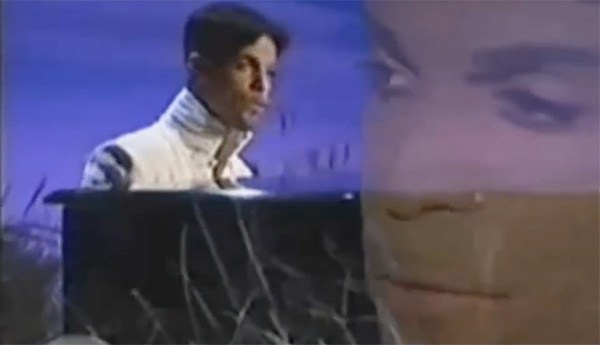 What the heck. Let’s go for the double album, because that’s a very Prince thing to do.
Song: Sign ‘O’ The Times
From: Sign ‘O’ The Times
Why: Again, the perfect album opener, a statement on Prince’s political views, and still a classic.
Song: DMSR
From: 1999
Why: Although DMSR is a close second when it comes to an opening track. The perfect crowd chant song, which is probably why he performed it in concert quite frequently.
Song: Money Don’t Matter 2 Night
From: Diamonds & Pearls
Why: Probably his last “popular” album, Diamonds & Pearls is stuffed with commercial fare, along with this rather more simple track.
Song: Musicology
From: Musicology
Why: Because above all, Prince was all about the music.
Song: Raspberry Beret
From: Around The World In A Day
Why: Cheerful, bright, and a song he was willing to have fun with along with The Muppets.
Song: Starfish And Coffee
From: Sign ‘O’ The Times
Why: Again, an upper song, because I think I need that now.
Song: Reflection
From: Musicology
Why: A reflective, quite deliberately Revolution-esque track from the later catalog. Again, seems appropriate for today.
Song: Guitar
From: Planet Earth
Why: Planet Earth was a sod of an album to get legally, and it’s very uneven, except for Guitar, which may as well be Prince’s marriage vow.
Song: The Most Beautiful Girl In The World
From: The Most Beautiful Girl In The World (maxi-single)
Why: Despite the fact that they never formally met, I remain convinced that this is a song specifically about my wife.
Song: Friend, Lover, Sister, Mother, Wife
From: Emancipation
Why: I danced with my wife to this song at our wedding. No more explanation needed; a personal pick.
Song: Count The Days
From: Exodus
Why: Prince was so damned prolific that he had to go out and create side acts just so he could release what he wants to. That makes me worry for what will happen to the vault tracks (allegedly thousands of songs). For now, though, this is a fine track from a lesser known NPG album.
Song: Purple Rain
From: Purple Rain
Why: Yeah, like I wasn’t going to close with this. Especially electric live, which makes me (selfishly) sad that I won’t be able to experience it again.
Image: Thierry Ehrmann