Posted in Opinion
Author: Alex  Published Date: March 26, 2020  Leave a Comment on Why are the government’s communications around COVID-19 so bad? 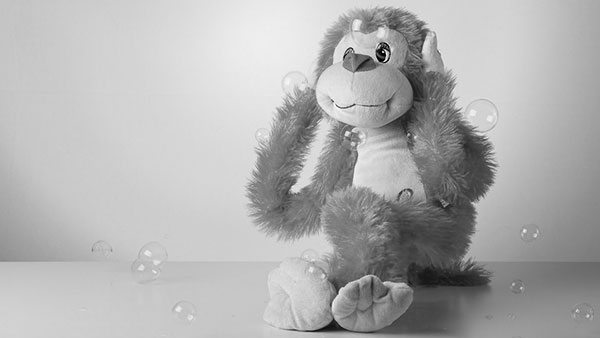 We’re facing a crisis… or maybe we’re glacing at it from the corner of our eyes. It’s hard to tell thanks to the contradictory, flip-flop nature of the official communications around what Australians should do around the Coronavirus pandemic.

A total aside from my usual diet of technology and Doctor Who reviews, but this has been bugging me for some time now, and it’s getting actively worse. The COVID-19 pandemic is no joke, and I totally appreciate the seriousness of the situation and the need for everybody to work together to minimise the impact of this terrible disease across the globe. That includes Australia… but it feels to me like people might not truly appreciate that just yet.

Now, politically (and I guess I should get this out of the way early) I’m not in favour of a lot of what the government is proposing (why right now is it vital to give private schools $3.4 billion, for example?) but what concerns me just as much is the appalling quality of the actual communications over what it is doing, and when those pronouncements are happening.

It’s no surprise that some people aren’t taking it seriously, or they’re doing the wrong things out of ignorance. Yes, there will be some truly stupid types who will do the wrong thing anyway, but a significant lack of clear and concise communication from the very body that rules over our lives right now is not helping in any way. I mean, just off the top of my head, let’s throw up a few examples.

First up, the new rule around “visits to your house of 4-6 people”.

Mr Morrison said visits to homes, even with family, “should be kept to a minimum and with very small numbers of guests”.

I can’t even begin to imagine why that one was floated, because it’s absolutely contradictory to ALL the health advice. We should (where practical) all be staying in our homes with the people we live with.

That’s it. If you can’t walk into a room and see them in the flesh right now, you should not be allowed to see them.

Yes, it hurts not being able to go see grandma or your girlfriend, but it would hurt a whole lot more if they stopped breathing, wouldn’t it?

Or this business of hairdressers being allowed to open for 30 minutes… which has now been walked back entirely this morning because… reasons?

Again, quoting from the ABC:

Hairdressers had complained to governments about the practicality of capping haircuts at 30 minutes. Prime Minister Scott Morrison said based on that feedback, premiers and chief ministers agreed to ditch the restriction during a National Cabinet meeting on Wednesday night.

“The 4-square-metre rule per person must be strictly observed within the premises and that personal contact during the patron’s visit should be minimised wherever possible,” he said in a statement.

Clearly I’m not a haircut candidate so maybe I have some inherent bias, but again I can’t see going for a haircut now as anything but risky for both hairdresser and customer alike.

Hair is moving around, sweat and cells are flying around and it’s not as though you’re going to be showing off your shiny new hairdo at the regency ball any time soon, is it? Unkempt hair, it seems to me, is the least of our problems, but it points to an even worse problem.

The government backflipped on this incredibly rapidly, and in a communications sense, that signals to everyone else that their own jobs must be just as essential and that really, if you can go out for a haircut, why not a game of footy down the park or a gathering at the local pub?

Oh yeah, those are shut, but signalling like this will only increase the temptation for people to think it must be fine to have a few friends over for some drinks, because it’s certainly a stressful time right now.

Quick reminder: It is NOT, and you are not only placing yourself at risk (no matter how immortal you might think you are) but also everyone else. I appreciate the work being done by actually essential health, food and utility workers, and that others are in hard states right now. I do, but that’s not the same thing as saying it’s something you should treat flippantly.

Or the incredibly slow text message sent out to Australian mobile numbers. Yes, it’s a good thing that information is being sent out by every possible channel, because not everyone is going to access it the same way, but it’s so short!

Was the government trying to save money on text messages? That would imply that they’re on a PAYG phone plan, which seems unlikely; pretty much every phone plan but PAYG these days includes unlimited texts, so they could have gone nuts. Well, maybe not nuts, but compare that against the communications coming out of New Zealand:

All across New Zealand, cell phones just lit up with this message: pic.twitter.com/5ZOi1Prrww

You’ll probably have to click/tap on that image to get the full message, but it is SO much better than what we’re getting, and not just because New Zealand is going into a harder lockdown. It clearly states what has to be done with no wriggle room, and that’s a measure that will save lives.

The situation is hard on everyone. The solutions are not easy.

What’s clearly needed is clear and DIRECT communication that deals with nuances that are needed without waffling about how “all jobs are essential”, or waiting (as the NSW premier did) hours to tell folks that NSW was going to follow Morrison’s lead in terms of school closures.

Sadly, that’s not what we’re getting, and it’s going to cost lives.