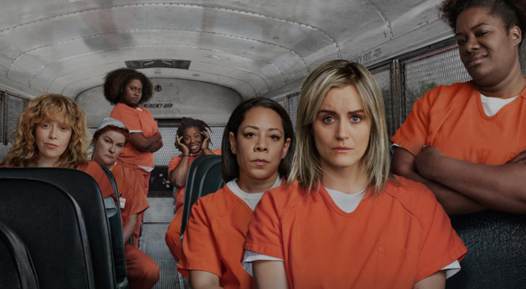 Netflix has plenty to watch — but also content it doesn’t want you to watch. I’m not a fan.
So last night, I sat down to watch the first episode of the 6th season of Orange is The New Black on Netflix. Thanks to weird pre-Netflix content licensing, it’s also available on Foxtel, for what that’s worth.
Anyway, it kicked off with a recap of season 5, which is a neat enough idea; a good way to refresh the brain on the main story beats, and of course narratively to emphasise any points you’re going to use extensively in the new season.

And then the credits started… if I wanted them to.
It’s not quite across every Netflix platform I’m aware of, but most of them will now give you the option to skip the intro credits for just about any show, with a rather obtrusive onscreen box to enable that.
I totally get that we live in a very short attention span world these days (are you still even there reading this? Good.), but am I the only one who doesn’t like this particular innovation?
Maybe it’s the old-man-Kidman in me coming out again, but I’m of the mind that a show includes those credits as part of the whole show experience.
It lets my brain gear up for what’s to come, whether it’s comedy, drama, documentary or anything else. It lets those who have worked hard on a program have their moment in the sun, even if they’re not lead actors. Plus, I can hum or tunelessly sing along to the theme tune. Fair warning: You probably don’t want to sit next to me when I’m singing.
Yes, I get that folks binge-watch Netflix shows. I’m guilty of that myself from time to time. So skipping those intros could save you a little viewing time. But you’re talking, what, 30 seconds? Is that so tough?
Don’t even get me started on the whole “minimise everything and give you 6 seconds to cancel or we’re showing the next episode” thing that all but obliterates the credits whether you want them to, or whether there’s an easter egg in there or not.
Just me?
Lead Image: Netflix

2 thoughts on “The Netflix intros problem”