Posted in Opinion
Author: Alex  Published Date: August 6, 2019  Leave a Comment on Rumour: Apple’s bringing back TouchID… but why? 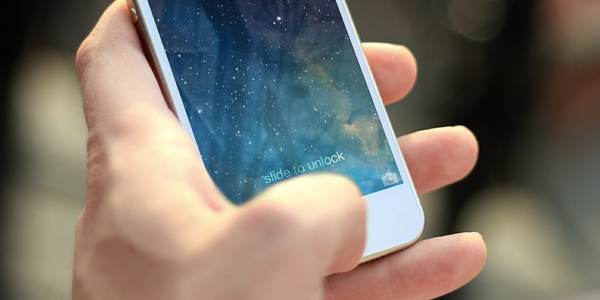 Apple could reintroduce biometric fingerprint reading in new iPhones, but it would be a pretty big about-face for the normally quite conservative tech company.

Reports from the not-always-reliable Apple rumour mill suggest that Apple’s still investigating putting a biometric fingerprint sensor into the iPhone.

I’ll go off this MacRumors report, but there are plenty around the web, all pointing to the same analyst suggesting that 2021’s iPhone crop may include under-glass fingerprint readers.

Now, the timing is pretty far out there — we’re not yet at the point of seeing much beyond triple camera arrays on the 2019 iPhones — but it would fit Apple’s general technology mantra of late.

Late is the key word here — it was late on water resistance, late on wireless charging and late on the use of OLED displays, for example. Apple’s not always late, and FaceID is a good example of that, but it’s generally pretty conservative about these things.

As such 2021 would be a decent time for the technology for those under-glass sensors to have improved markedly. Of all the existing sensors I’ve tested, only Samsung’s ultrasonic sensor (as found in the Galaxy S10+ or Galaxy S10 5G) and Huawei’s P30 Pro (which may well be less secure, it’s hard to say) are particularly quick.

Plenty of phones — notably recently the Nokia 9 Pureview and Samsung Galaxy A70 — have terribly slow and poor fingerprint sensors you can’t see.

Still, I’d come back to the question of why. Apple’s bet pretty heavily on the security angle of FaceID over all else. It’s not a company that typically throws tech into a device just because it can. It does so to fit the Apple position of a controlled ecosystem where you do things Apple’s way, or not at all.

So having TouchID just as an alternative authentication method wouldn’t seem to make all that much sense — except in one use case.

It’s an interesting balancing act, because there have been proof-of-concept style attacks on FaceID that show it can be beaten. Realistically, any security system can be beaten — it’s just a matter of the effort and reward involved.

Adding TouchID back into the equation, and requiring your face and fingerprint would add a layer of security to purchases. I could see Apple going down that road, what with its recent shifts towards its own credit card and heavy pushing of Apple-branded software content from apps to TV to music and beyond.

However, it would also fly in the face of the “ease of use” position that iPhones present. Many folks love their iPhones because they’re fairly frictionless — as long as you’re doing things the way Apple wants them done — and having to authenticate twice, and once perhaps on a sensor that might not read your fingerprint right the first time — could be a big roadblock to actual usage.

As always, only Tim Cook knows for sure, and somehow, he’s not returning my iMessages. I wonder why….?