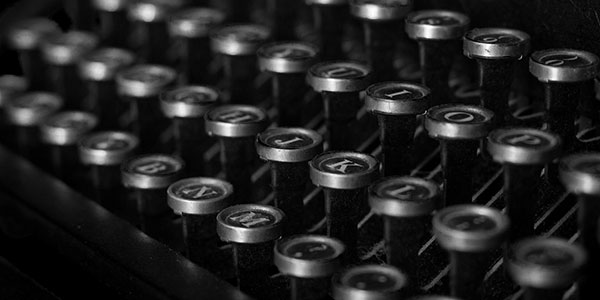 My, how time flies. Why, just last week I notched up 22 years as a tech writer. I may have even learned a thing or two.

A couple of years back, I hit 20 years as a tech writer, and wrote down some thoughts on what I’d learned in that time. Nothing massively groundbreaking, but people who read it seemed to like it.

I just got reminded that I’d been doing this writing thing for a while, and realised I’d hit — and slightly gone past — my 22 year anniversary a little over a week ago. But still, those thoughts sit with me, as well as a few new ones.

So in the spirit of reinvention, here’s that article that originally ran here back on the 2nd of February 2018, updated with a further 2 thoughts on the modern media scene:

I know this, because I was nervously walking behind him.

That guy seemed to know where he was going and what he was doing, whereas I was simply heading into a job that I fervently hoped was better than the technical support role I was leaving.

Then again, that technical support role gave me years worth of PTSD when it came to the simple expedient of answering the phone, because nobody ever calls technical support to tell you how happy they were with the product. So it was already ahead on that score.

Little did I know that I was about to embark on what would become my career, because at that point I’d been (variously) a test monkey for an audio lab, an administrative assistant for a particularly “interesting” builder and a tech support representative for a company that also produced squishy cows that we used to torture during the worst weekend shifts. But no more!

I was coming on board as the “Web Manager” at Australian Personal Computer, at that time the country’s biggest-selling computer magazine by quite a wide margin, back when APC got the kinds of sales numbers that I suspect The Women’s Weekly would kill for these days. As far as I’m aware, APC is still number one in the tech magazine category, even though fewer folks buy computer mags these days.

Weirdly, I’ve since worked out that I started as a tech journalist in the exact same week that my partner in Vertical Hold, Adam Turner did. We’ve often joked that we shared the same career, but I never realised it was quite that closely matched..

Anyway, I was there to be the Web Manager back in the days when the idea of any magazine being on the Internet was a wild kind of idea that might not work. I mean, the Internet. Crazy, newfangled Internet. That’ll never take off, right?

Since then I’ve done a little bit of everything, including freelancing for more titles than I can count, having the title of “editor” everywhere from CNET to Gizmodo to ZDNet to PC Mag to finder (amongst others). I’m currently a freelance journalist (you can find out more about me or contact me for work from here) but who knows what the future holds?

I’ve flown to many interesting parts of the world (and also Las Vegas), interviewed folks who earn WAY more than I ever will and somehow survived the journey back.

In that time, I’ve written what would have to amount to billions of words along the way. They’d probably stretch an arbitrary number of times from here to Mars if anyone could be bothered to count them. I don’t know that I could, or that I’d have time, but if you fancy the gig, knock yourself out.

I’ve started to be described as a “Veteran Journalist” along the way, which is equal parts a badge of honour and a worrying pointer to the fact that I’m getting much older. That younger, nervous me wouldn’t really recognise me after two decades, if only because he’d wonder where all his hair was going to go.

Still, along the way, I’ve also had the opportunity to learn a few things about this whole writing craft, and I thought it might be interesting to put them down here. I’m not going to pretend that these are unique insights that you won’t get anywhere else, and indeed, you may find them obvious. Or not. I can’t tell what’s going on inside your head, you loony. Only mine.

So, in no particular order…