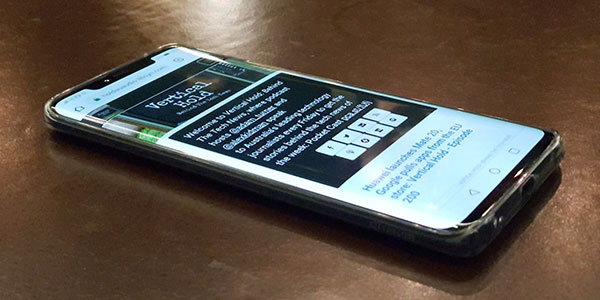 Vertical Hold hits episode 200, and to celebrate, I’ve taken the show over to the other side of the world to cover the Huawei Mate 20 launch and talk Google’s shaky future in the EU!

It genuinely doesn’t feel like I’ve been doing Vertical Hold with my co-host Adam Turner for all that long, but that number 200 says otherwise, obviously.
This week, I’ve been in London (as, with due disclosure in mind, a guest of Huawei) to cover the Huawei Mate 20 Pro launch, so early one morning I grabbed Leigh Stark from Pickr and Fergus Halliday from PC World to talk through Huawei’s launch news, and the likely impact of Google saying it’ll charge phone makers for apps for phones sold in Europe.

Vertical Hold is proudly brought to you by Belkin.