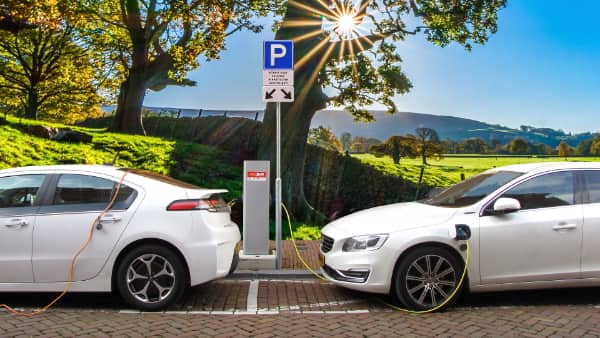 I’m rather keen to make my next car an electric vehicle, and Google’s just announced updates to Maps that should make it easier to manage range anxiety. If only there were better options in Australia for EVs overall…

Talk to almost anyone who drives about EVs, and inevitably the words “range anxiety” will come into play. This is the issue around just how far an EV can travel before the battery goes kaput and you have to spend a period of time waiting for it to recharge. The early press around this wasn’t great, with lots of reports of 6hr+ waiting times — although a lot of that was driven by the early EV-scoffing crowd as well.

Typically, that revolved around the mix of earlier batteries and very low voltage chargers being used, although I am still entertained by this story of how you could drive around Australia in an EV in 2017.

Still, it’s a genuine concern for drivers, and something I’ve been pondering of late, especially as I’ve been driving around NSW — thanks to Coronavirus it’s been tricky to leave my home state — a lot this school holiday period. There are public chargers out there… but not many, and while working out the logistics is an interesting theoretical exercise, the stress of doing so in the real world would be a different matter.

According to Google Blog, the company is now in the process of adding AI to Google Maps that should remove a lot of that anxiety. In “participating vehicles” (more on that shortly) if you enter in a route that requires two or more recharge stops — which would be pretty easy in a country the size of Australia — Google Maps will sift through its info on available charge stops, plot out the most efficient route and estimate charging times and build that into your overall map planning and timing too.

If you’re on a shorter trip that might require just the one recharge, you’ll be able to pick from a list, with other contextual information around surrounding areas also available when you choose.

That’s a neat use of AI, and a good way to reduce range anxiety, although my understanding is that Tesla vehicles already have something similar built in.

The catch? It’s currently only for electric vehicles with Google Maps built in, which currently encompasses the Polestar 2 and Volvo XC40 Recharge.

Guess which two cars aren’t for sale in Australia yet?

Actually, this is my biggest problem right now, because there just aren’t any affordable EV options at all. My cheapest option would (I think) be the MG ZS EV at just over $43,000. That’s not luxury car pricing to be sure… but it’s more than I can reasonably afford.

Sadly, it seems, this is an area where Australia is going to lag behind the world very badly.

Honestly — while it wouldn’t have suited my more recent NSW adventures, for about 95% of my driving, something as limited and weird as this would suit. And it’s on sale in France for just $10,000!