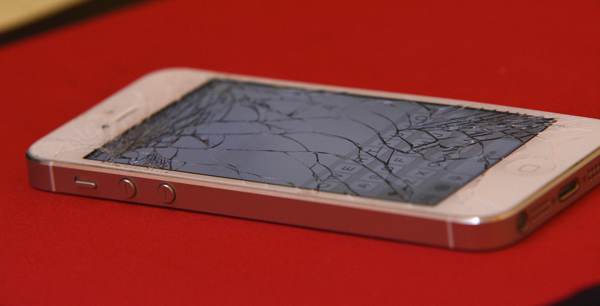 Screen protectors. They’re still a thing, and they can still drive you mad.

I originally wrote the below more than a few years ago, but having just watched my beloved offspring struggle with exactly the same issues just now, it seemed timely to republish.
Alex’s note: This post originally appeared over at Hydrapinion, but that was a long, long time ago. If you remember Hydrapinion, congratulations. You’re probably Adam Turner.
What’s somewhat astonishing to me is that despite this guide being many years old, it’s still utterly spot on.
Step One: Unpack the protector, card and cleaning cloth.
Step One-Point-Five: Remove your phone from its case (where applicable)
Step Two: Use the cloth to clean your screen of choice. Wonder at all the grease it manages to smear and eventually buff all over the display. Wonder how it got there.
Step Three: Place the phone on a flat surface. Hope against hope that the cat doesn’t jump up on there while you’re doing this.
Step Four: Use the cloth to clean off all the cat hair.
Step Five: Remove the “cover” of the screen protector. Marvel at how it sticks to your fingers, picking up grease.
Step Six: Realise that by picking it up that way, you’ve smeared grease and dust all over the interior side, rendering the expensive protector totally useless. Pick up another one and remove the cover, without touching the back.
Step Seven: Starting from either the top or the bottom (but not both!) gently lie the screen protector against the screen, slowly moving downwards.
Step Seven: Marvel at all the bubbles.
Step Eight: Wonder why Step Seven happened twice.
Step Nine: Finish, and realise that some of the bubbles look like little pimples. That means they’re actually bits of dust and grit. Remove screen protector, clean, re-apply. Marvel again at all the bubbles.
Step Ten: Use the “smoothing card” (AKA: Five bucks of the purchase price for the side of a cereal box) to attack the bubbles. Attack. Attack. Attack. Smooth.
Step Eleven: Realise you’re never going to get more than 90% of the display bubble free. Swear at all the bubbles.
Step Twelve: Place phone back into case. As you do, a small corner of the screen protector will lift up at the corner, releasing yet more bubbles and a small portion of your sanity as you do.
Step Thirteen: Start gibbering like a loon, and wondering whether it’s possible to do whole thing with clingfilm.