Posted in Games
Author: Alex  Published Date: August 26, 2019  Leave a Comment on Would you be willing to get a Gears 5 tattoo if it was free? 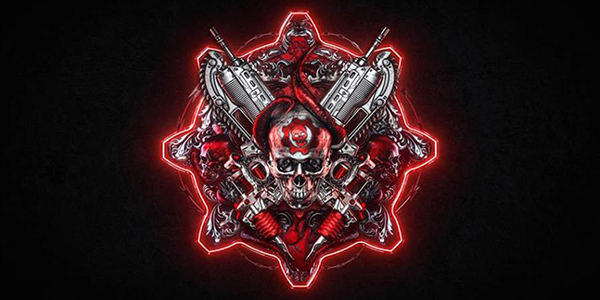 Who’s lining up for a free Gears 5 tattoo — and why?

Getting hype up for your game is a tricky business, and Microsoft’s latest effort, to promote Gears 5, the latest in the Gears of War franchise is… a little different.

It’s hosting events — including one in Melbourne — where fans of the franchise will get an early look, as well as optional Gears fades shaved into their hair and Gears-inspired tattoos.

Not tattoos, I stress, of the lick on and stick on variety. Do they still make those? Probably.

Anyway, these are actual tattoos, inked by Troy & Adam Slack on, as per Microsoft’s announcement, a “first come, first served basis”. Of the permanent, ink-pigment-in-your-skin variety.

It all happens at 524 Flinders Street, Melbourne on the 5th of September, but it’s on a ticketed basis, so if you’re keen, you’ll need to hit up the Gears Ink website here.

But of course, it’s also a promotional stunt. Naturally, I have some thoughts on that.

I guess I should preface this by saying I have no tattoos, and I’m not interested in getting any. The process and idea doesn’t hold particular appeal to me — but that’s absolutely just me. I’m a firm believer that what you do with your body — as long as it’s not harming anyone else’s body — is very much up to you.

Still, I’m kinda torn. On the one hand, it is a promotional stunt for a major brand, and I’m not sure I’m 100% comfortable with folks making an ad-hoc decision for a permanent tattoo like this, especially in an environment where the effective hype and peer pressure could be pretty intense.

I’m weirdly reminded — and I’m showing my age here — of the now-very-dated Steve Vizard evening show, which was itself a pretty shameless ripoff of the David Letterman Late Show. One of the first episodes I ever saw of that in the very early 1990s featured a viewer getting a Vizard Late Show tattoo. I sometimes wonder if he’s still got it, and if he regrets it.

On the other hand, I know plenty of folks with tattoos of brands and characters that they adore, and they’re exceptionally happy with them.

Yeah, it’s perhaps free advertising depending on where the tatt is and who you show it to, but it’s also a mark (to them) of their fandom and appreciation for that particular character, world or quote.

Microsoft’s certainly stepping up the Gears 5 hype, with, amongst other things, an “official” Gears 5 external hard drive for your Xbox One, which I’ve already given the 30 Seconds Of Tech treatment below.

What do you think? Would you be keen to line up for a Gears 5 tattoo?