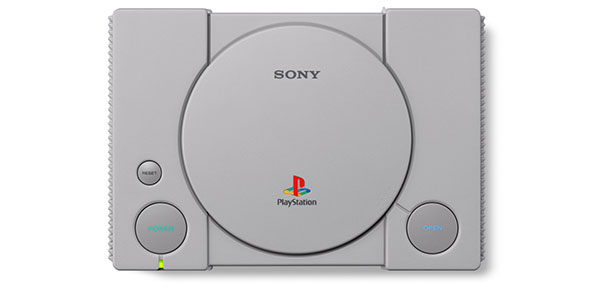 So, the early hands-on reviews of the PlayStation Classic are in, and they’re all indicating that it’s a bit bland. I’m not surprised.

The Verge calls it “simple and fun“, CNET dubs it an “incomplete reflection” and Eurogamer says that it’s “underwhelming“.

I’m not surprised at all, and not for the reason that many critics cite for the PS1 era; namely that the dawn (more or less) of 3D polygonal gaming won’t hold up well on modern screens.

After all, I personally bought an original PS1 just a couple of months ago, so clearly I don’t have too many problems with jagged polygons or low frame rates.

Still, there’s two clear problems here, and both were rather obvious. First, the actual emulation and menu systems are criticised for being rudimentary.

That’s going to be, I suspect, a matter of hitting the lowest possible price point to make the PlayStation Classic a stocking stuffer, and nothing else. Ultimately it should be all about the games, and that’s where Sony stumbles… because of what Sony did back in the 1990s, which was actually smart work at the time.

Almost everyone has piled on the list of games available for the PlayStation Classic (I’ve written before about PS1 games you should play here, and my list is quite different to Sony’s too), but there’s a stark reality here that I think a lot of folks overlook.

Sony was wildly successful back in the 1990s not just because it wooed game developers with cheap CD-ROM development while Nintendo stuck to pricey proprietary cartridges, but also because it capture the public zeitgeist with a lot of marketing, tie-ins and licenses a-plenty.

Almost overnight, gaming shifted from being the province of nerdy types (like myself, and that’s a badge I wear with pride) to being on the cultural map, with licensed music in games, the appearance of the PlayStation everywhere (including cult classic Spaced!, although again that wouldn’t have worked if the audience couldn’t relate to it) and a whole host of what was essentially marketing work to make the PlayStation brand instantly cool.

Yes, I know, I know. As soon as you say something is “cool”, it instantly isn’t. But you know what I mean.

WipeOut was hugely popular — and stuffed with Chemical Brothers tracks.

Gran Turismo was a genre defining-racer, because it was packed with actual licensed cars.

I can totally see the viewpoint that it’s disappointing that they’re not present, and of course everyone has their favourite representations of the era.

But unlike Nintendo, where it had a rich in-house library of games to offer for the SNES and NES Mini consoles, Sony largely relied on external developers for its early PS1 content.

It’s not as though the SNES Mini has Alien 3, one of the best games on that platform on it, for exactly the reason that Alien Trilogy isn’t on the PlayStation Classic!

I can imagine just getting what it has would have been a rather brutal process for Sony, because coming this late to the mini console market means every single external company would have charged as much as it could for those precious games.

Although I am still rather cranky that the Japanese version of the PlayStation Classic gets Devil Dice. Not that I don’t own a copy, but more people should play that game. It’s still awesome, all these years later, and polygon-counters can fight me on that score!

Retro recollections are just random musings on retro subjects, usually whatever I’m playing at the moment.